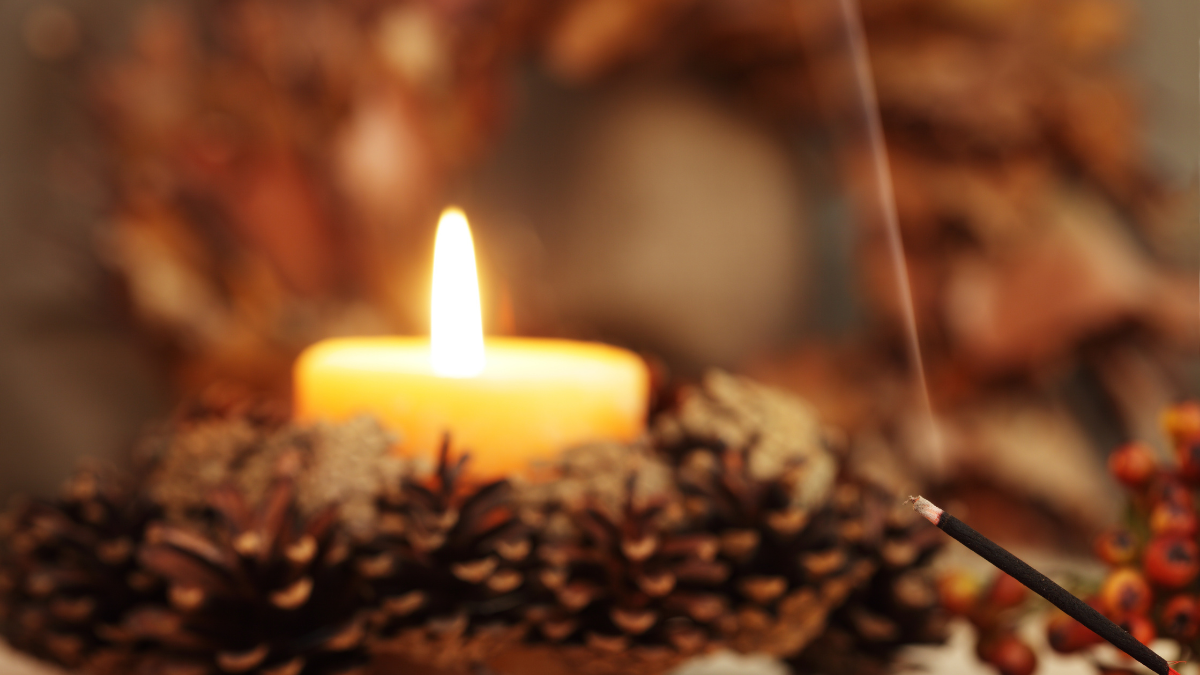 For those who celebrate the Eightfold solar and lunar cycle (Druids, Pagans, Wiccans), Halloween (or “All Hallows Eve”) is more than a day to dress up like a Ninja Turtle and hand out candy.

Samhuinn (or Samhain) (pronounced sowen), is the most revered of the solar/lunar celebrations, as October 31st marks the thinnest day between the dead and living, and All Soul’s Day (November 1) begins the new year.   The modern traditions of Halloween (dressing up, handing out candy) stem from the Celtic practices of Samhuinn and were brought to the “New World” by Irish, Scottish, English, and Welsh immigrants.

In Celtic culture, holidays are called “festivals” and usually span a few days instead of just one.  Samhuinn, which takes place between October 31st and November 2nd, was, historically, a “time of no-time.”  For this short period of time, “order and structure were abolished [and] chaos could reign.”  Time was suspended, and couples could partner with whom they wanted, men would dress as women and women as men, people would play tricks on their neighbors by moving livestock and farm equipment, and children went door to door asking for treats.  While all of these activities allowed people to blow off steam before the “dark” seasons on winter, they also were intended to amuse and entertain ancestors and scare off evil spirits.  Food offerings and costumes were also used to scare away “bad spirits” so that good spirits could be reunited with their humans.  In some traditions, the food offerings were intended for faeries so they would allow safe passage of spirits between the two worlds and not kidnap humans or spirits.

The connection to ancestors is an integral part of Celtic culture in similar ways as Indigenous Americans.  Wisdom, honor, and guidance are provided by our ancestors, and it is an obligation and honor to remember them.  While Druids honor ancestors daily, Samhuinn is the official festival to do so.  Some Druids visit graves, offer toasts and prayers, sing, and perform “mummer” like dances to honor them.  While visiting a practicing Scottish Druid household, you will often witness this Celtic toast (in Scottish Gaelic):

Almost all festivals include fire, and Samhuinn is no different.  Since Samhuinn usually falls near a “dark moon” (no moon), and the veil between the living and ancestors is thin, this is a time to make contact with ancestors.  Some traditions believe that travel is possible between these two worlds during the Samhuinn festival.  Christian Druids, however, do not believe that travel is possible between worlds, but will remember ancestors on All Saint’s Day.

Many of the traditions of Samhuinn survive today.  “Trick or Treat” comes from the practice of doing silly tricks or practical jokes on neighbors during the festival and the treats come from children going door to door for snacks.  Interestingly, the treats weren’t actually candy; they were little cakes, fruits, vegetables, and bowls of soup or stew.  Some of us are old enough to remember when neighbors gave apples or cupcakes on Trick or Treat night.  This practice came with Celtic settlers and remains today.

Other traditions include feasts, ceremonial fires and singing, dancing or wailing.  Depending on the tradition (Druid, Pagan, Wiccan), the ceremonies are diverse.  Even within traditions, practices are diverse.  Druids, for example, celebrate different ways depending upon their associated religious practice.  Christian Druids, for example, will visit graves, host a feast for ancestors, and celebrate the new year of new life.  Pagan Druids may not hold a feast and will fast instead, and songs will be sorrowful and melancholy as ancestors are missed and revered.  Druidic Groves often determine the tone of the feast.  For independent Druids, they establish their own traditions, and since Druidry is a “path” philosophy, there are no right or wrong answers.

Wiccans and Pagans also have a variety of traditions associated with Samhain.  These include fire ceremonies, services, and established prayers and practices.  The emerging popularity of Wicca in the 1980s has birthed new traditions and ceremonies.

While you are outside this year chasing down candy corn and donning your elaborate costumes, take a moment to thank your ancestors for bringing you to today and wish your own descendants the very best.  And, as we say in Scottish Gaelic, “Bliadhna Mhath Ùr!” or…in English…Happy New Year!

The Eightfold Wheel of the Year
The History of Samhain
Wikipedia: Samhain

Adult Students Have an Advantage in the Classroom at NCC

The Importance of Rebuilding Social Interactions

When Their Wings Wear Out