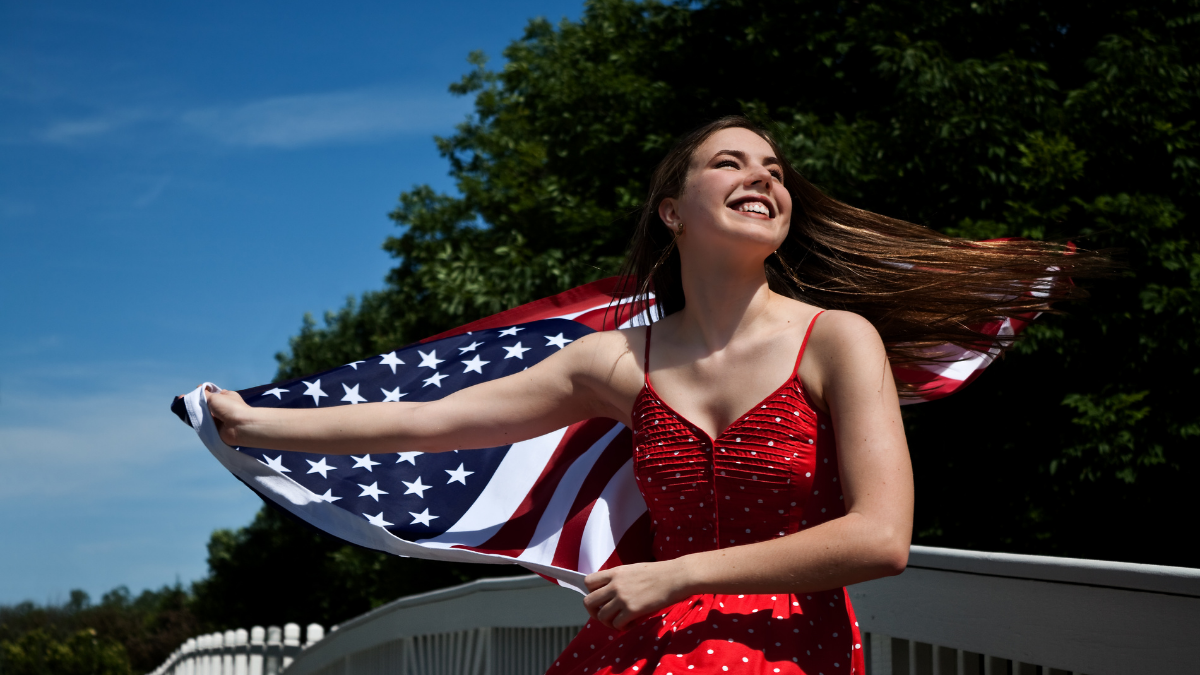 This year marks the 100th anniversary of our 19th Amendment that gave women the right to vote.  But the fact is that it took another 50 years before young college-aged women could vote, and young men, too.  Both this year and 2021 mark the 50th anniversary of the laws that lowered our voting age from 21 to 18.

Why two years?  The story begins in 1942, the first year of World War II, when President Franklin D. Roosevelt had Congress lower the draft age to 18 to create, in his words, “a better fighting unit than one which has an average age of thirty-three or thirty-four.”  Along with lowering the draft age, he threw his support behind a bill cosponsored by a young Congressman from West Virginia, Randolph Jennings, to amend the U.S. Constitution to lower the voting age to 18 as well.

If they’re “old enough to know why we fight this war,” explained First Lady Eleanor Roosevelt, “then they are old enough to take part in the political life of their country and to be full citizens with voting powers.”  But the bill didn’t pass.  And when the troops returned home after the war ended in 1945, the youngest veterans still couldn’t vote in the country for which they’d fought.

The next decade their commander in World War II, Dwight Eisenhower, became President.  Now the Korean War was ending, with thousands more young veterans returning home without the right to vote.  President Eisenhower asked Congress to lower the voting age, and he was supported by 60% of the American public.  But again, the bill didn’t pass.

A decade later, in September 1965 the #1 song in the U.S., “Eve of Destruction,” featured the line, “You’re old enough to kill, but not for votin’,” written by a 19-year old Californian.  And indeed, over 1,900 Americans died that year in the escalating war in Vietnam, with another 120,000 young males drafted.  The yearly death toll reached 11,000 in 1967, when the California Teachers Association passed a resolution to lower the voting age. Soon joining these teachers were the National Education Association, the AFL-CIO, the NAACP, and even the YMCA.  But once again another decade ended with the voting age still at 21.

The 1960s were known for movements, marches, rallies, and protests about national issues often led by young Americans.  So, why was there little movement in lowering the voting age?  Student activist Les Francis explained, “We had to get politicians, members of Congress, state legislators, most of whom were much older than us, to give up power…. to include people in the electorate who might vote against them.”

In 1970, Senator Edward Kennedy joined their cause, telling Congress, “Our youth have taken the lead on many important questions at home and overseas.”  Kennedy highlighted “their role in issues like civil rights, Vietnam and the environment,” and reported their grim toll so far in the war: “Over 19,000, or almost half, of those who have died in action there were under 2l.”

Finally, in its fourth decade, the bill passed.  It was signed into law by President Richard Nixon in June 1970, making the Summer of 2020 the 50th anniversary.  But don’t light the fireworks just yet!  Two months later, the U.S. Supreme Court ruled that Congress had no right to change election laws on the state or local level.  The voting age remained at 21.

In early 1971, Randolph Jennings, who was now a 70-year old Senator, cosponsored for the 11th time a bill to amend the Constitution and make the voting age 18 for all elections.  ”I believe that our young people possess a great social conscience,” he said in words that ring true today, and “are perplexed by the injustices which exist in the world and are anxious to rectify these ills.”

This time Jenning’s bill had over 80 co-sponsors; it passed the Senate unanimously and the House of Representatives by 400-19.  The next step was approval by three-fourths of the nation’s state legislature.  That happened in 100 days, the fastest any amendment to the Constitution was approved.

On July 5, 1971, President Nixon certified the nation’s new 26th Amendment. Finally, “old enough to vote” were 18, 19, and 20-year olds.  “The country needs an infusion of new spirits from time to time,” he said that day, as three 18-year olds joined him in signing the document.  Indeed, 11 million baby boomers became instantly eligible, the largest cohort in the voting public.  The majority of them voted for Nixon’s opponent, Senator George McGovern, for President in 1972.  But Nixon won 60% of the total popular vote, higher than any candidate since.

That makes 2021 the 50th anniversary of the second law that lowered our voting age to 18, but it was the one that stuck.  Today, those baby boomers from 1972 are themselves approaching the age of 70, with many planning to vote for President for the 13th time.  This story is part of their legacy and that of their elders – the teachers, politicians, and organizers – who helped them gain the right to vote back then.

But it’s really today’s 18-21-year olds who should hear this story.  This strange semester, minus the campus voter drives and the reminders from faculty and staff, the 50th anniversary might also mark a sad low point in turnout among the newly eligible.  But let’s instead honor that four-decade effort.  Let’s work to encourage all who are “old enough to vote” to exercise that hard-won right.