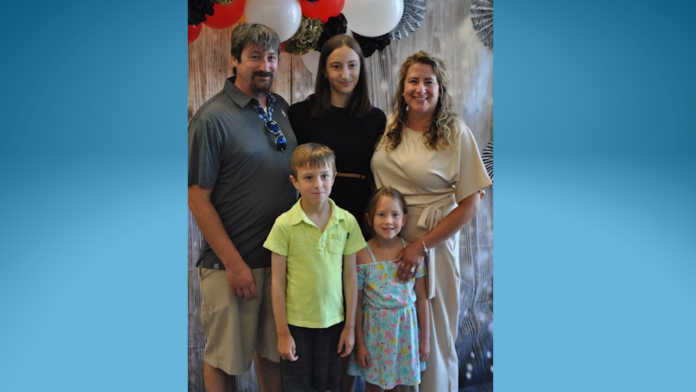 Jennifer Weiss graduated from Northampton Community College (NCC) in August 2022 as a registered diagnostic sonographer, fulfilling a dream that was long delayed. Weiss will participate in the January 2023 commencement with her family proudly watching.

After nearly a decade of taking classes and working in non-satisfying jobs, Weiss, who is 34 and the mother of three, decided to apply for a spot in NCC’s popular medical sonography program. The program was challenging, but she finally had the confidence she needed to succeed.

“I didn’t realize how hard it would be, but I felt ready and was able to do well,” she said. “The college provided support and resources that helped tremendously.”

Weiss serves as a tutor for NCC sonography students. While a student, she was accepted in the Pennsylvania Area Health Education Center, a program that trains health students for rural and underserved care. “That’s a special interest to me because I once benefited from community programs,” she said. “I always wanted to give back.”

Currently employed as a sonographer by Lehigh Valley Hospital – Pocono, Weiss plans to eventually pursue a bachelor’s degree. She would one day like to serve as faculty at NCC.

“It’s been a long road, but it was definitely worth it,” Weiss said. “NCC helped me learn to go after opportunities when they appeared, even when I was afraid I might fail. That made all the difference.”