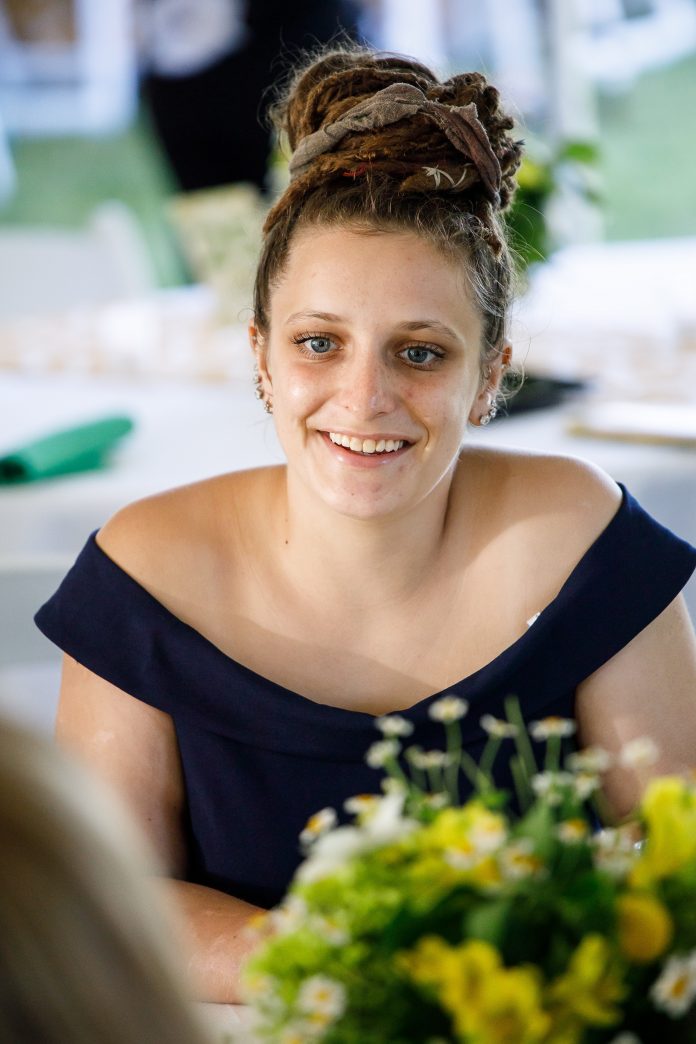 Steadfast self-reliance enabled one automotive technology major to manage inner turmoil and find the courage to start a new career during a global pandemic.  Samantha Seufer, 22, waited tables and tended bar after leaving college where she had majored in environmental biology.

“Before the pandemic, if you would have told me I was going to be working as a mechanic let alone going back to college for automotive technology, I wouldn’t have believed you,” Samantha said.

Samantha started at Northampton Community College (NCC) in August 2020. She intends to pursue a welding certificate after earning her degree in automotive technology. She dreams of eventually owning a business collecting antique cars.

About a month ago, Samantha began working at Austin’s Auto Service in Bethlehem.  She spent the first two weeks shadowing other technicians. Her boss and owner of Austin’s, Nelson Tavarez, a donor to NCC, taught her how to develop routines to efficiently determine which repairs each car needs.

Samantha has suffered from severe anxiety for much of her life. To manage her condition, she sees a therapist weekly, takes anti-anxiety medicine and employs cognitive-behavioral techniques. For example, when she feels anxious, she scans her surroundings and identifies five things she can feel, four things she can see, three things she can smell, and two things she can taste. Other anxiety-busters include watching movies and preparing each evening for the following day.

Samantha prizes her own tenacity and hopes to inspire other women of her generation to persist in achieving their professional goals. Due to her diminutive size, she initially felt nervous about entering a profession that sometimes requires considerable arm strength. Standing five feet and one inch and weighing 120 pounds, Samantha worried about loosening heavy bolts while working on cars, but her persistence paid off and she can now do so with ease.

Samantha noted that her co-workers willingly take the time to answer her questions and train her in new techniques. Tavarez has told Samantha he is proud of having a female technician on staff, she said.

After her parents divorced when she was six, Samantha grew up with a single dad who could fix anything. As a child, she admired her father’s proficiency at repairing things but did not yet aspire to do so herself. When Samantha was little, she wanted to make a career of singing, her father, Rich Seufer shared. She was inspired by her role model, Hannah Montana, a fictional pop star played by singer Miley Cyrus in a Disney comedy. Childhood ambitions aside, working as an auto technician allows Samantha to capitalize on her natural intellectual strengths.

“She has a quick, keen grasp of spatial and mechanical relationships,” Rich said, “I’m really excited to see what she’s going to do with her life.”

Your Past Does Not Dictate Your Future