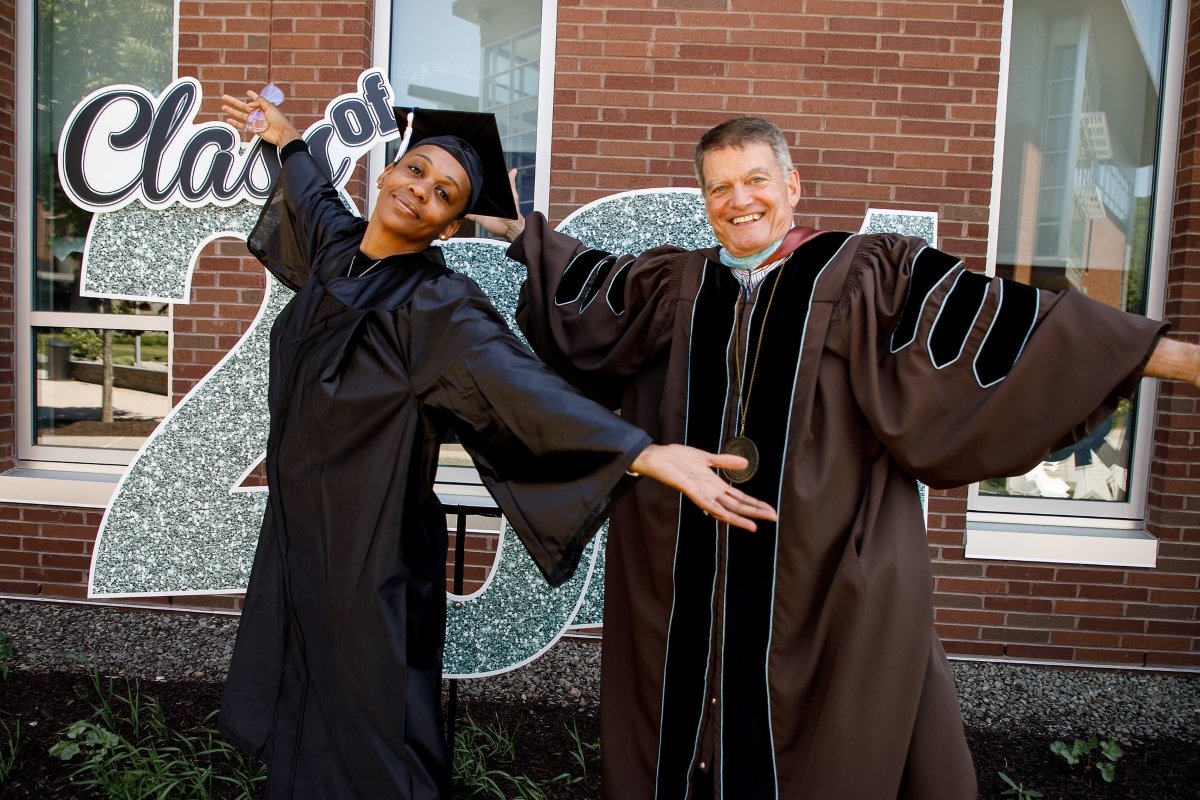 Years ago, Medina Davis, a media production major from East Stroudsburg, was a single mother of two, one of them an infant.  In addition to attending Northampton Community College part-time, she had two full-time jobs, one during the day and one overnight and had no help from anyone.  She got only three or four hours of broken sleep a day.  Exhausted, she gave up and swore she would never return to college again.

But then something happened to change her mind: she met someone whose music changed her life and restored her purpose.  After waiting for her children to get older, she enrolled at NCC, although with a different major than she had had originally: from nursing to media production.  She carefully fitted her schedule around that of her children.

Why did she choose NCC? “I looked at the East Stroudsburg University program first, and I just went with my gut feeling that this was going to be the best experience for me.  My intuition was right!” Davis says.

She found the media classes to be fun, with excellent professors who care about their students, their success and the program.  She advises incoming students to not worry about mistakes or not remembering how to do something. “You’ll have the most supportive staff and fellow creative people who will be there to help with projects, course content and to answer questions. Don’t worry about what others expect from you, or what the ‘ideal’ job should be.  If this is what you love, then do it,” Davis says.

She has a lot to say about the media production program:  She knew that she loved video shooting, but did not realize, early in life, that it was something she could excel in.  “The best things about the program are the teachers and access to the media lab and the TV studio.  The most unique thing about the program is the camaraderie and the bonds that form between like-minded students. Creative people can be considered weird or outsiders at times, but we have our own little club, and we pool our talents to create some of the most dynamic projects.”

Davis has made the Dean’s List every semester and received the Marconi Award, given by the media production program.

After graduation, she plans to continue her media production work and further refine her skills in video editing and after-effects.  Ultimately, she hopes to become a director and/or editor for movie trailers and commercials.

Davis says, “My experiences at NCC have changed me because it has made me put fear aside and go for what I want.  I never showed my work to anyone because I was always afraid of what they might say.  Being in the Media Production Program has taught me to take constructive criticism and use it to make my work better.”