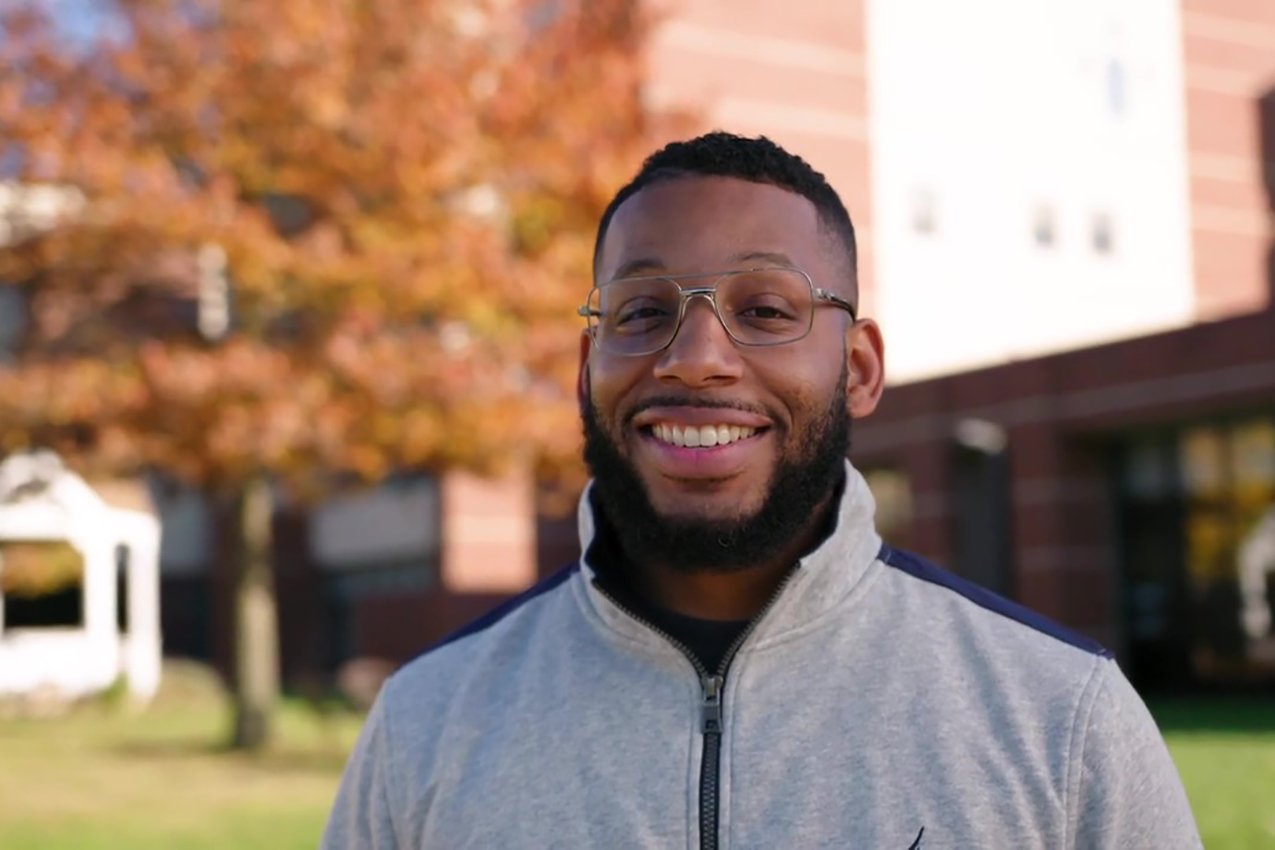 At 36, Justan Fields is attending college for the first time.  “I told myself it was never too late, and I feel that I am proving it,” he says.

A business administration major from Allentown, he chose NCC because of its reputation as the best community college in the area and its renown for having professors and curriculum that rival those of any four-year college in the state.  He was also looking for a college near his home so that he could continue to work and provide for his two teenage children.  He is used to high expectations placed on him as the oldest son, grandson and great-grandson of his extended family.

Business-oriented all his life, he used to play business-related games as a child.  Even then, He saw himself as a future businessman.  The business program suits him well.  The best feature about the business administration program at NCC, he says, is its flexibility.  “It’s not a self-paced study online environment either.  There are deadlines, due dates, and class discussions, just as if I were physically in the classroom.”

“This has been a huge adjustment for everyone in our family,” he says.  “But we stick together and remember that our family team is most important.

Despite his busy schedule, Fields enjoys volleyball, singing, and reading James Patterson mysteries. He also thinks of himself as a comedian.

He loves his job as a senior manager for a corporate merchant processor.  “I really feel that with my degree and continued hard work, I could work my way up to VP someday.”

Your Past Does Not Dictate Your Future