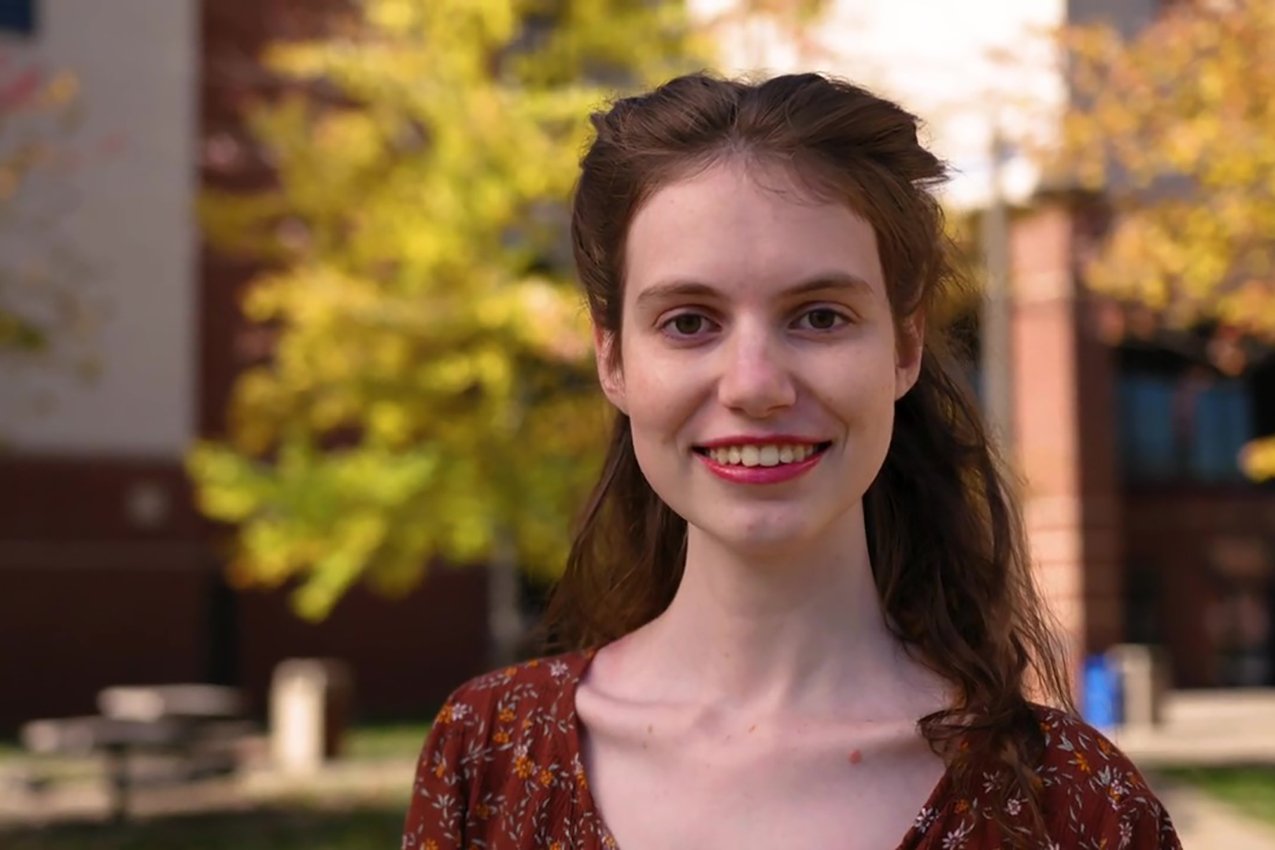 Sabrina Moody, a history student and resident of Bethlehem Township, chose her major when she was in middle school.  After winning an award for a science fair project on mummification, she resolved to become an archaeologist and historian.

Her choice of NCC involved a combination of factors: affordability, high standard of education, closeness to home, as well as courses that many other colleges do not offer.  She says that the best aspect of her program is these courses and the enthusiasm and support of the professors.  “Every professor I have had the privilege of having has been incredibly open to our sharing our unique skills and talents to enrich the class and guiding the class by sharing the specific topics we are interested in learning more about,” she says.  In addition, she had been a guest lecturer in her class and others.

Moody is a living historian, as a professional re-enactor, mostly playing Mariana Wagner, a one-room-school teacher in 1820, as well as roles spanning the 1700s to 1918.  She started the first Celtic Culture Club at NCC, leading to her participation in the Bethlehem Cultural Alliance and the Parade of Shamrocks club.  She is semi-bilingual, with English as her first language and semi-fluency in Irish (Gaelige).   “The art of Celtic storytelling, as done for thousands of years, is a unique way of seeing and describing the world,” she says.

Her hobbies are that of a Renaissance woman, who uses the arts to make history, folklore and culture, mainly Celtic.  She is an artist, actor, playwright, director, musician, singer, poet, and literary writer.  She looks forward to becoming an archaeologist and historian, focusing on Irish history, culture and mythology.