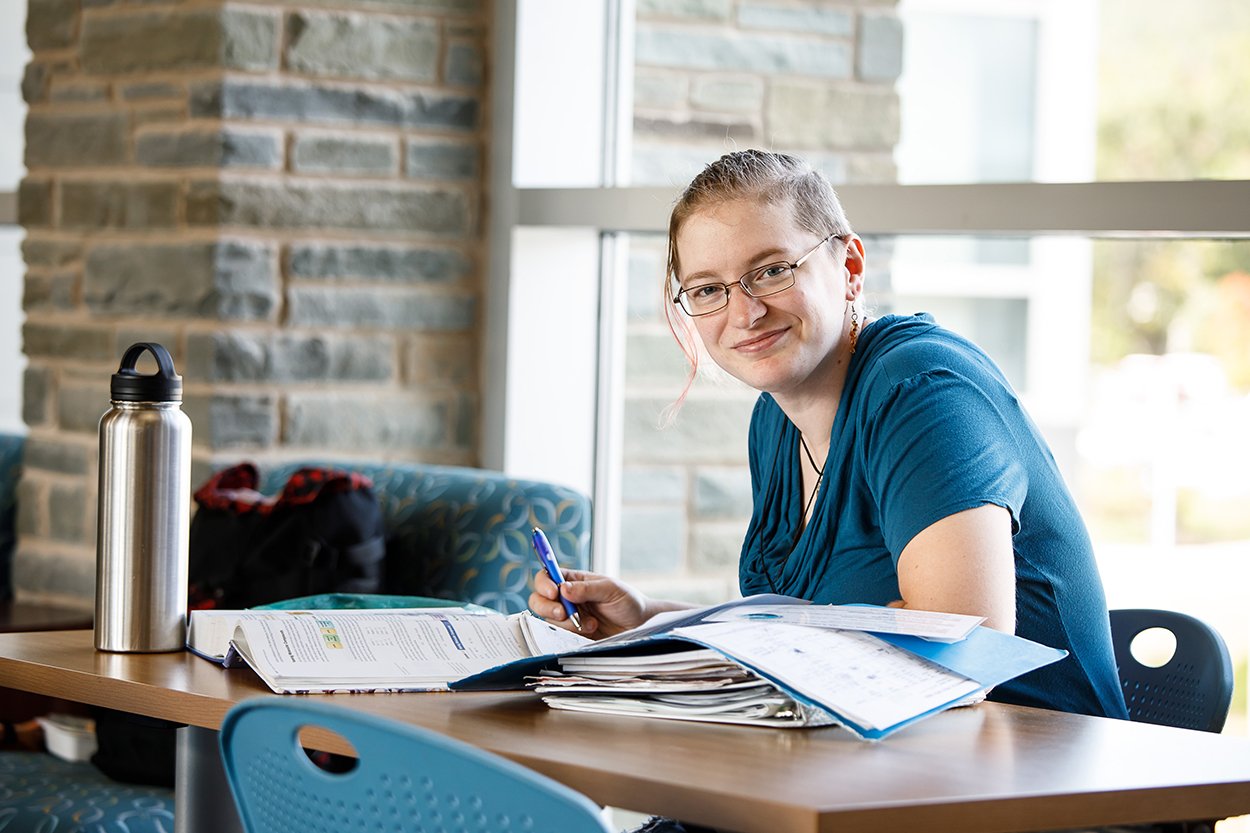 Not only has Melissa Benzinger McGlynn been chosen as a graduation speaker for winter commencement, she has also earned the prestigious All-PA Academic Team Scholarship.

A Monroe County resident, she is an avid student of the natural world, which abounds near her home.  Among many fond memories of NCC, she particularly cherishes the day she helped out with a bird-netting demonstration.  “Dr. Leiser and Professor Speicher gave a talk and demonstration on bird banding.  We got to show a group of young kids what was likely their first encounter with some local birds we caught,” she says.  “When we released the birds, the entire group waved goodbye as they flew off.  They were so cute, and seeing the spark of wonder and joy on their faces will stick with me forever as I go forward.”

McGlynn has succeeded despite hardship; she sustained serious injuries in a debilitating car accident that left her unable to walk and found herself on the brink of homelessness because of the 2008 recession.  Nevertheless, she is optimistic about her future.  “I’m excited to be pushing forward in my college career and to NCC for getting me off on the right foot,” McGlynn says.  She plans to transfer to East Stroudsburg University, where she will double major in integrated organismal biology and environmental studies and which has awarded her a scholarship.  Her ultimate goal is to obtain a master’s degree in ornithology.

She is the subject of a recent article by Diane Stoneback, which details her extensive—and often daring–volunteerism with wildlife organizations.

An Anglophile at NCC

A Sad Day for Our Nation

Not only has Melissa Benzinger McGlynn been chosen as a graduation speaker for winter commencement, she has also earned the prestigious All-PA...
View Post
Student Stories

Jodi Winters, a liberal arts/English major from Meadville, enrolled at NCC because “I felt that I was being called to. I am...
View Post
Alumni Spotlight

Life can throw you curveballs, but it’s how you hit them that makes all the difference.   Chris Voag ’14...
View Post