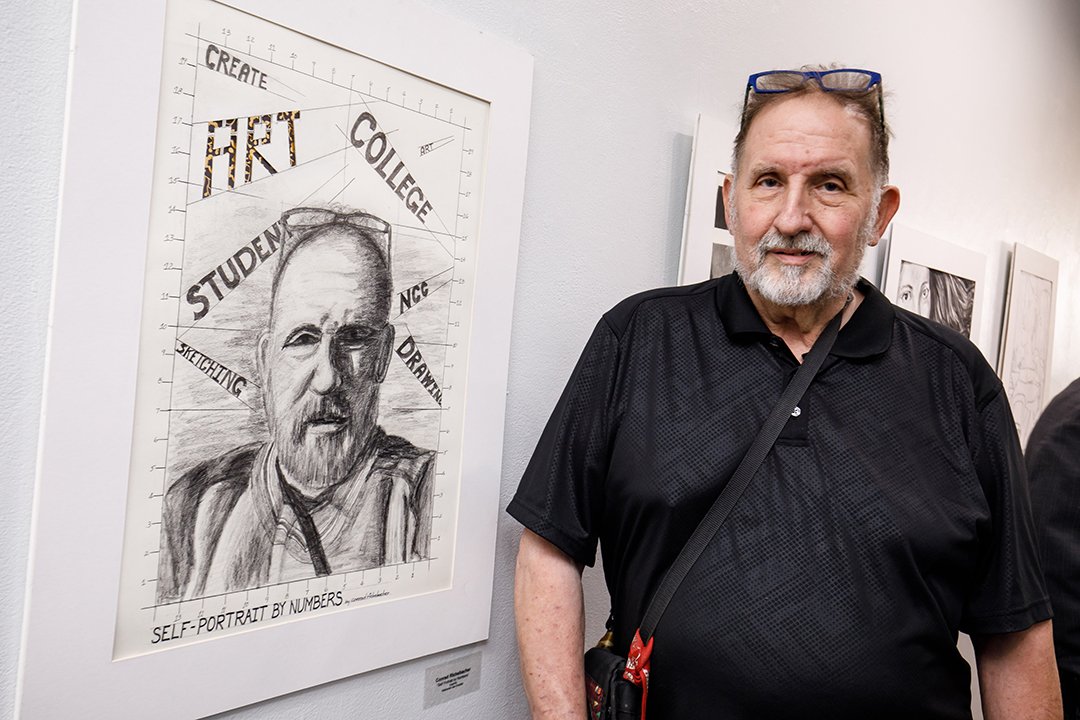 Conrad Richebacher, a 78-year-old fine arts graduate at Northampton Community College (NCC), takes that to heart. This non-traditional student, retired from his first passion, architecture, which he studied at Penn State University, to pursue another passion near and dear to his heart in the 1960s. Since then, Richebacher has taken classes in the fine arts program at NCC, interested in making the world a more beautiful place.

“When I chose the fine arts program, I found out the best thing about it is the quality of teaching and that we can take each class over a second time if we want with another professor to gain a different perspective on the same subject,” said Richebacher of his classes and professors.

Richebacher is always playing with a variety of mediums and materials, his favorites being wood, metal and acrylics, to make his artwork come to life.

With a background in art and architecture, the study abroad program appealed to Richebacher. Once Richebacher got a taste of study abroad on his first trip to Egypt, he was hooked. A new passion was born. He has visited 2 countries, France and Egypt during his time at NCC.

His trip to Egypt was one of his most memorable, which he based his final capstone project on, particularly getting the chance to see magnificent structures like the pyramids and mosques. “We got to the pyramids, and I actually started crying because I never thought I would get there,” said Richebacher. He seized the opportunity to visit Egypt twice through the college.

Once the college transitioned to a fully remote format in March 2020, Conrad finished his program at NCC largely independently.

His professor in fine arts program at NCC, Rachel Gorchov, said, “It’s been exciting seeing him work through his projects. He made his final work at NCC with the support and influence from his fellow students who encouraged him.”

Richebacher plans to transfer to East Stroudsburg University (ESU) to continue his studies in fine art after NCC.