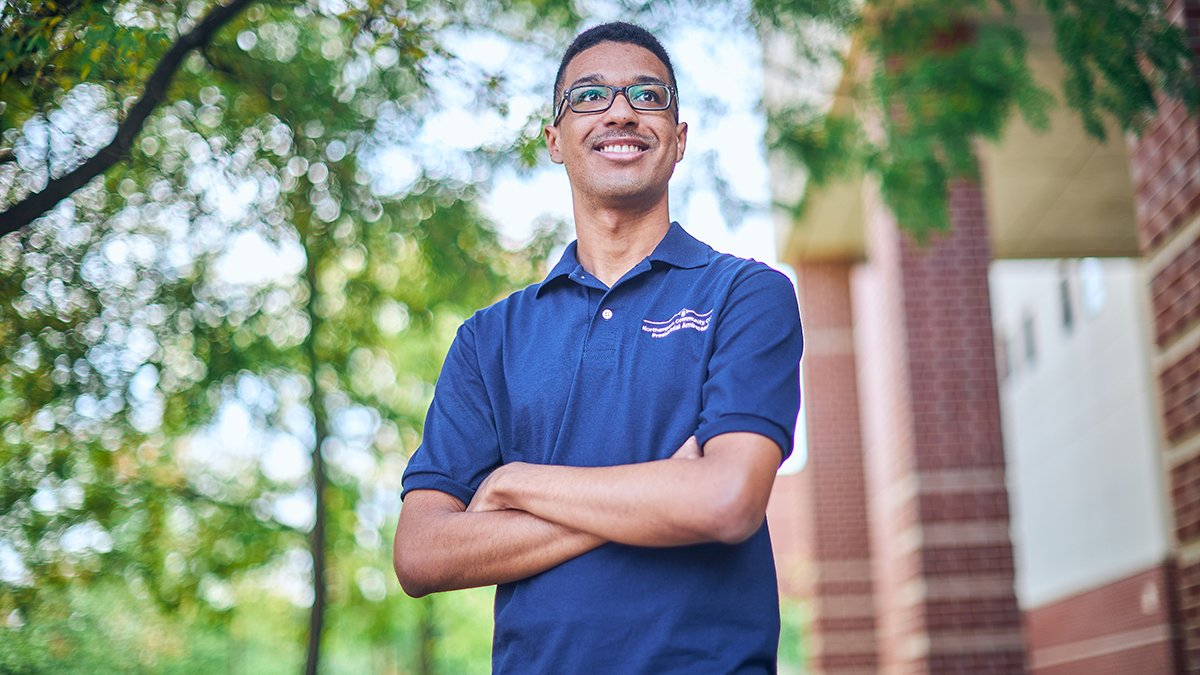 Tyrel Yearwood, a computer science major from Bethlehem, traces his passion for STEM subjects back to one incident when he was in middle school.

Members of the Project Lead The Way (PLTW) STEM program gave a presentation about engineering and what the program was all about. Whether it was creating CAD designs, coding programs, building a pumpkin trebuchet, or fabricating robots, everything seemed to fit what interested the young student.

“They were having so much fun thinking of creative ways to solve problems. I especially enjoyed when they showed the process of 3D printing and passed around figures that they had 3D printed. This got me hooked. I was extremely intrigued and it led to me enrolling in the program when I entered high school,” he says. He loves this area of study that challenges him to think creatively, examine how things were designed and put together and discover how things work.

When it came to expanding his knowledge further, he chose Northampton Community College because his family is very important to him, and NCC is close to home. Another major reason was the opportunity to receive a high-quality education at a fraction of the cost of other institutions.

During high school, Yearwood took four years of engineering classes and enrolled at NCC as an engineering major. However, over the course of one semester, he took a computer class as a part of his engineering program and realized that computer science was his stronger interest.

“I looked forward to trying to solve problems by coding and the many different ways I could approach them,” he says. He then switched his major to computer science. His favorite part of the program is that “I can readily see just how important and impactful the world of computer technology is and how useful it can be in helping to solve problems in many different applications.”

Although the COVID-19 situation and change to online classes has proved somewhat challenging to Yearwood, he is adjusting to the new circumstances, he says, and refuses to allow the transition to prevent him from going forward.

Before the pandemic, Yearwood participated in NCC clubs, including the Engineering Club, and the Phi Theta Kappa and NSLS (National Society for Leadership & Success) honor societies. He also serves as a Presidential Ambassador, a competitive program in which the students selected get a full scholarship.

Yearwood’s goal is to become a software engineer, perhaps at a large company such as Google or Microsoft.

He has many interests. In addition to researching and learning about STEM, he also enjoys spending time with his family, especially his two younger brothers; loves cars and other motor vehicles; likes building/tinkering with computers; playing the piano; and drawing.

He is grateful for his Presidential Ambassador scholarship. “As an ambassador, I help to give back to the NCC community by collaborating with other ambassadors in order to assist with various events that happen at NCC, such as giving school tours, speaking at presentations, or helping with setup at functions. I am incredibly grateful for the scholarship because it has helped to fund my education during my time at NCC and because it has given me an opportunity to give back to my community.”

A Passion for Special Education

Constitution Day and the 26th Amendment

Welcome Back Parties at NCC