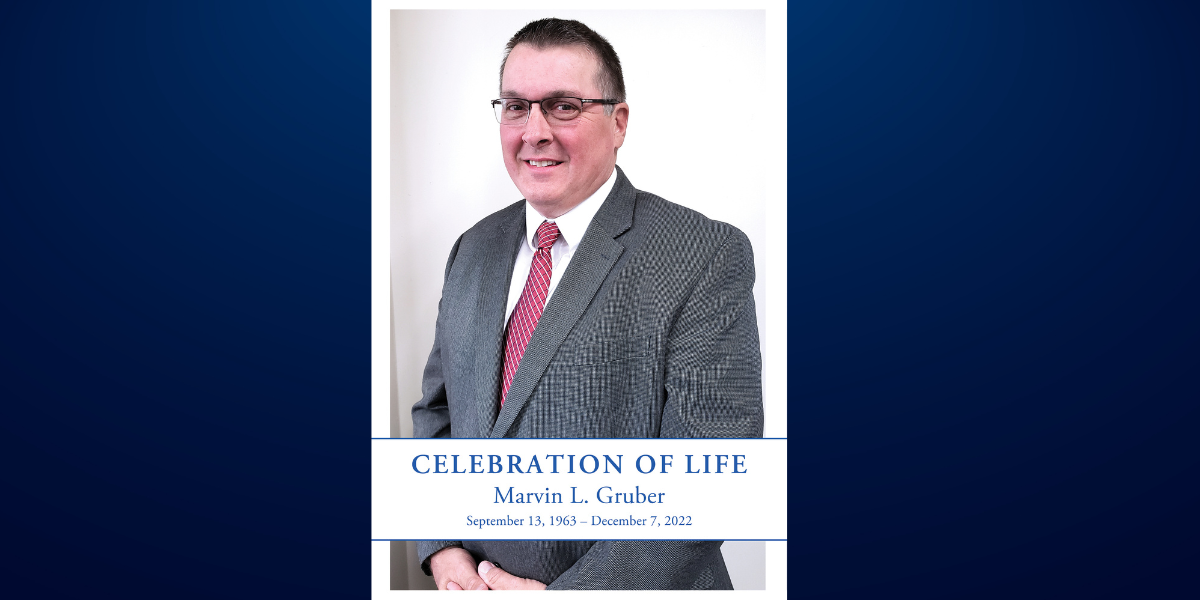 Northampton Community College (NCC) held a memorial in honor of Marvin L. Gruber on Friday, January 13. He was a beloved member of the College community, where he served as the assistant chief of public safety for the past fifteen years. Having served as a volunteer firefighter, Gruber passed away on Dec. 7, 2022 after responding to a house fire in West Penn Township. He was one of two fire fighters who died when they became trapped on the burning structure’s second floor and were unable to escape.

The memorial, which was held at NCC’s Bethlehem campus, was attended by a large number of Marvin’s friends, colleagues, and family members. Many of those who knew him shared their fond memories and spoke about the impact he had on the College and the surrounding community.

During the opening of the ceremony, NCC President, Dr. David A. Ruth, shared that he will always remember Gruber, “as a man of great faith, true devotion to his loved ones, especially his wife and kids, and an individual who was dedicated to serve. He truly made us all Spartan proud and he truly was Spartan proud to be part of the Northampton Community College community. No one wore the blue and white with greater pride.”

Gruber was a dedicated and accomplished professional, committed to the safety and well-being of all members of NCC. In honor of his contributions to the College, NCC established a scholarship fund for students who are in the Emergency Services Program, to which faculty and staff can contribute. At the ceremony, NCC announced that the road leading to the Public Safety building will be named “Marvin L. Gruber Lane,” and the Public Safety office will be named “Marvin L. Gruber Public Safety Center.”

Gruber’s devotion to his surrounding community extended beyond his work at NCC’s campus. He served as a deacon for Ebenezer U.C.C. Church in New Tripoli and was a volunteer firefighter for the Community Fire Company of New Tripoli since 2020. He was a loving grandfather, father, and husband and was always ready to lend a helping hand. NCC Facilities Manager, Scott George, shared how Gruber was known for “his good-natured character, dedicated work ethic and his cool-under-pressure nature.” Expressing that Gruber “is and will be sorely missed. He blessed his family, NCC, and his community with dignity, honor, and pride.”

NCC extends its deepest sympathy to Gruber’s family and friends. His legacy will live on through the many lives he touched.