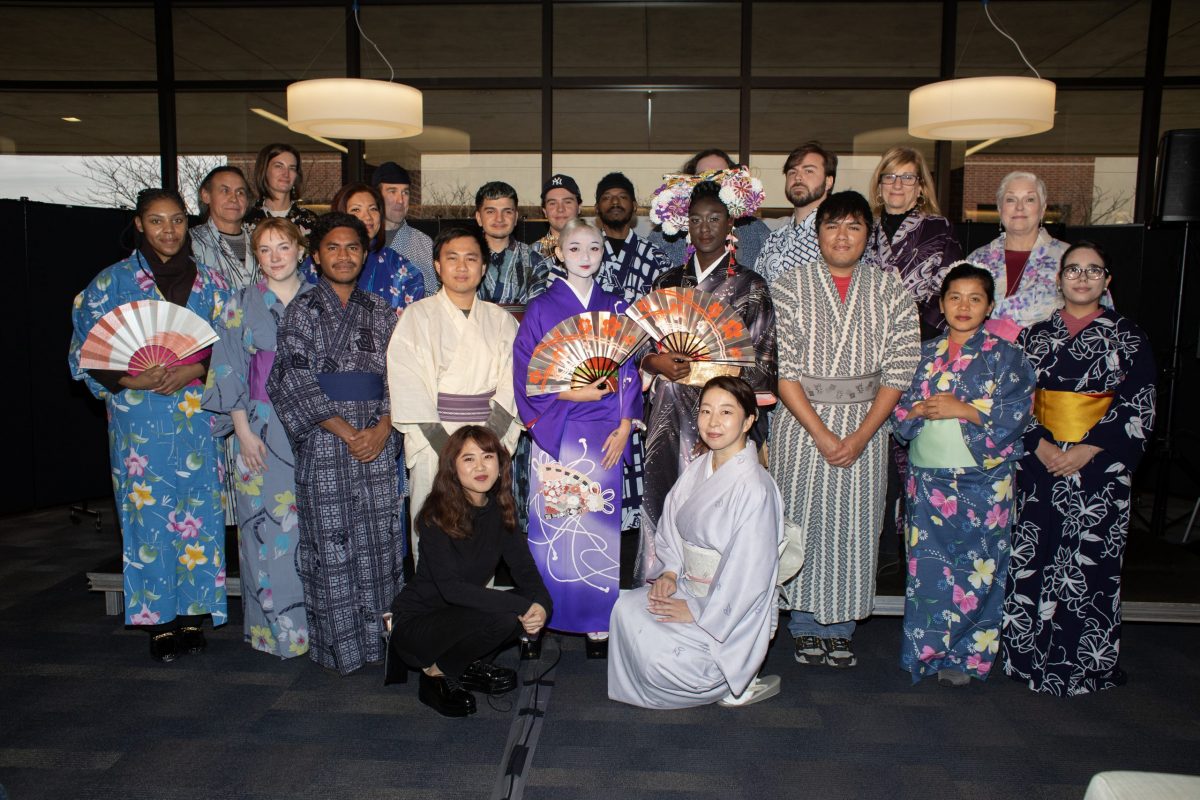 Japanese culture took center stage at Northampton Community College’s (NCC) Bethlehem campus on November 15 during a kimono makeup and Japanese cultural event. Kimono clothing and makeup are cherished practices in Japan, and the NCC Japanese Cultural Program shared the experience with community, staff and students on campus through a hands-on, in-person demonstration.

Hana Takehiro, a classic Japanese dance performer, led the event, sharing her passion for Japanese culture and dance, which her family has shared together for generations. Takehiro was one of the artists commissioned by the Japanese Government to choreograph the official dance, the Ondo dance, for the 2020 Olympics that were held in Tokyo.

As they were applying the makeup, Taguchi and Yamakawa explained the origins of kimono makeup. The white face makeup originated at a time when people were to perform or entertain in dim candlelight. The lighting made wearing thick white makeup necessary; so, the performers were easily visible.

The audience also learned that many traditions in Japan are opposite of American culture. For example, in Japanese culture, it is not proper to show teeth while smiling or laughing.

At the end of the makeup demonstration, Taguchi and Yamakawa brought out Yukatas, informal summer kimonos usually made of cotton or linen, and allowed everyone to wear them. Kimonos are worn mainly for special occasions and are made to emphasize the Kimono makeup, pulling the look together in a beautiful and elegant way.

The Japanese Cultural Program hosts and promotes in-person and virtual Japanese exchange programs for the diverse NCC community, including students, faculty, staff, and the broader community. The goal is to expand knowledge of contemporary and historical Japanese art, culture, and society. The program is run by the Center for Global Education and International Services. Find more information and other programming at https://www.nccjapanart.org.