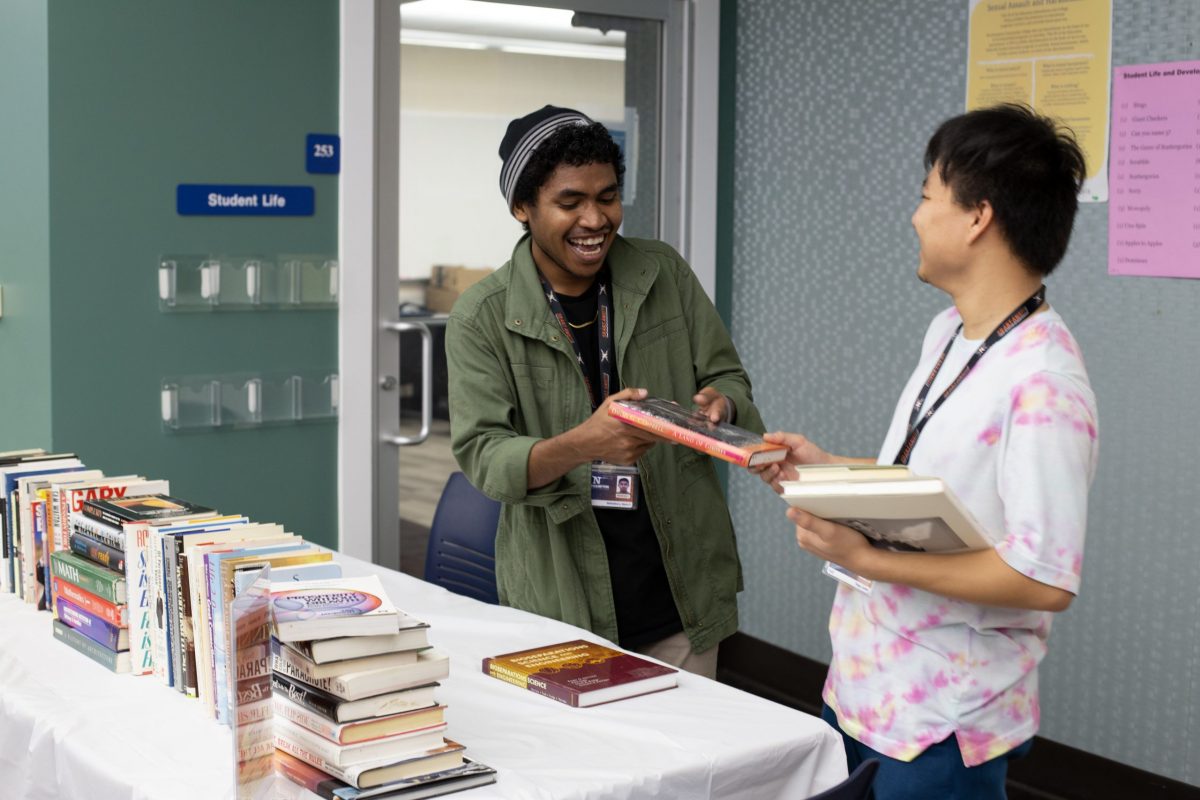 Mario Matinahoru left his home in Limalas, a small village on Misool Island in West Papua Province, Indonesia, when he was 11 years old in pursuit of a junior high school education. Now, at age 24, he is enrolled at Northampton Community College (NCC), pursuing his dream of educating young people in Indonesia and eventually working in government there to make the country a better place to live and learn.

“My ultimate goal is to become the education minister of Indonesia,” Matinahoru said. “I want to make it easier for Indonesian youth to go to school and get the education they need.”

Formal education generally is not highly valued in West Papua, Matinahoru explained. Most people earn their livings by farming or fishing, and parents depend on their children for help. Girls tend to marry young, denying them the opportunity for schooling. The situation has improved somewhat since he was a child, but a good education – and books – are still hard to come by in many areas. “It’s sad because some children don’t get a chance at education, and often there are not books available,” he said. “I’m working to change that.”

Mario’s education would have ended when he finished elementary school in Limalas if it was not for his parents, who, despite their own lack of formal education, encouraged him to continue learning. “My parents understand the value of education,” he said. “They wanted me to continue going to school so I wouldn’t experience the hard times in life they experienced.”

To continue his education, Mario had to go to another village, where a junior high school was located. Sorong, the largest city in West Papua located 12 hours by ship from his home, was his only option to attend high school. Matinahoru lived with relatives in both locations and excelled at his schooling. A government scholarship enabled him to attend the University of Sorong, where he was an English language major. “I only started learning English in high school, but English is the most important language today. I wanted to learn; so, I can teach others,” he said.

Matinahoru had not planned on becoming a teacher, but working with children as part of his college classwork ignited a passion for promoting literacy and instructing young people. Inspired to help, Matinahoru got the idea to establish a learning center in Limalas after graduating. He connected with Kambik Abhirama, a nonprofit that agreed to provide some books, and he convinced his parents to let him set up the center in their home.

“I told my parents it was urgent, and we had to do it. Eventually they agreed.”

The Taman Baca Japojey Library and Learning Center opened January 26, 2021, containing 200 books with rugs for children to sit on as they learn to read. Matinahoru’s sisters, Hesti and Susan, and two cousins serve as instructors to a large group of enthusiastic children. “More than 100 children came the first day we opened,” Matinahoru said. “The books were something new for them, and they were all super excited.”

Meanwhile, Matinahoru learned about the Community College Initiative, a program of the U.S. Department of State with funding provided by the U.S. Government and administered by Northern Virginia Community College in cooperation with the Community College Consortium. He decided to apply for a scholarship that would enable him to continue his education in the United States. He arrived at NCC at the start of the fall 2022 semester – the first person from his village to study in America.

“I am the first from my community to do this, but I tell them that I will not be the last,” Matinahoru said. “Seeing me be able to do this has given them hope. They have dreams now.”

While attending school in the U.S. was overwhelming at first, Matinahoru, who is majoring in early childhood education, has settled in and is enjoying the experience. “What I enjoy about NCC is there are a lot of resources, and the professors are so helpful,” he said. “They don’t just teach us, they support us. I love NCC. I love Bethlehem, and I love the people.”

Most of all, he loves that the experience and knowledge he’s receiving at NCC will be invaluable when he returns next year to Limilas. “My experience here is amazing, and it will allow me to better help Indonesian children, and also their parents and other teachers,” he said. “I’m so happy to have this opportunity.”