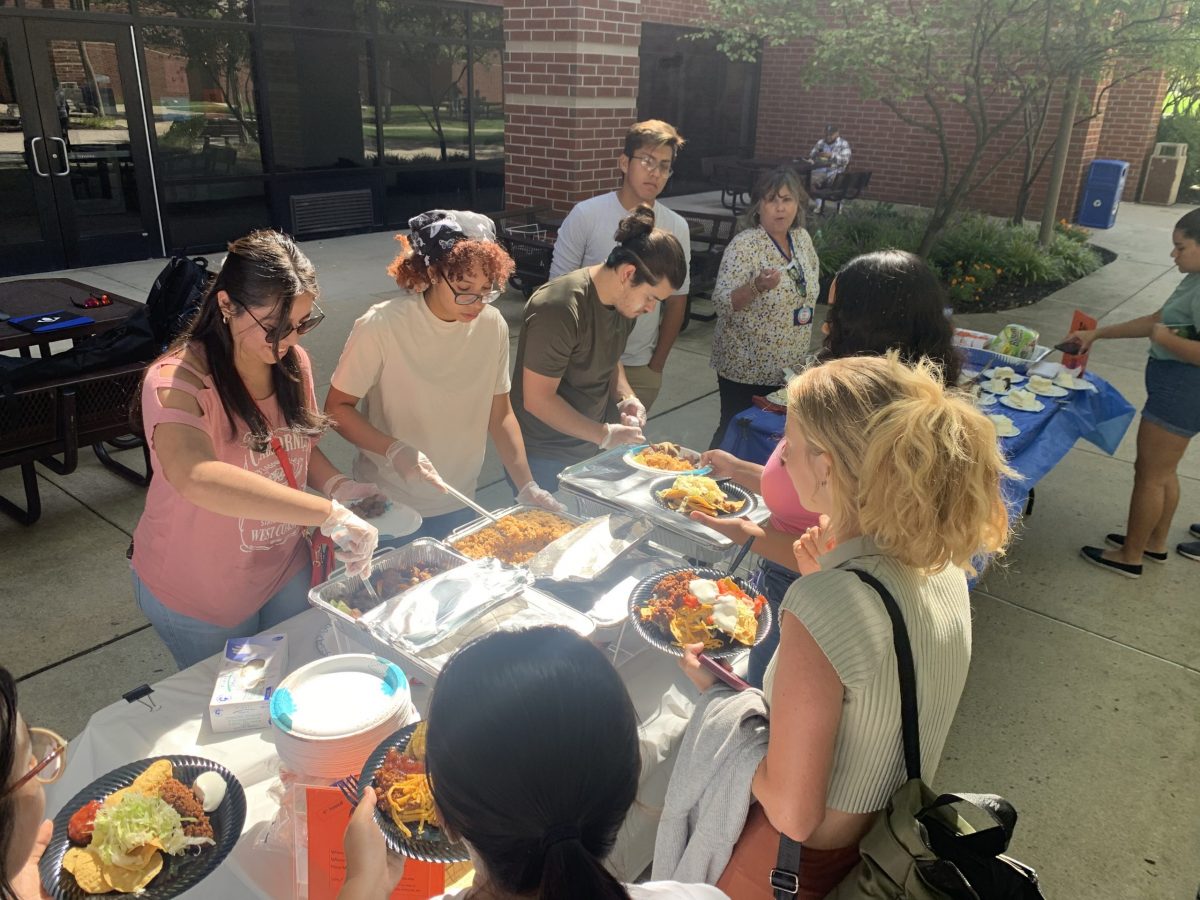 The Hispanic Caucus, which has been a vital part of the culture at NCC, is celebrating their 30th anniversary. Comprised of faculty and staff members at NCC, the Caucus aims to advocate for the inclusion and success of Latinx students and staff at NCC and in the community.

Hispanic Flag Raising ceremonies on both Bethlehem and Monroe Campuses recognized and celebrated the diverse cultures and extensive history of the Latinx community. Delicious authentic cuisine and cake were enjoyed by all while music played and people danced. Beatriz Messina, counseling professor at NCC, explained what the flag represents. The purple on the flag is meant to honor the traditional color in Spain, the sun is the symbol for power, and the crosses represent the Europeans who crossed over to America and the Native Americans who were already here.

Music filled the air on September 15 at the Hispanic Heritage Month Kick-Off Celebration at the Barrio Stage of Touchstone Theatre in Southside Bethlehem. NCC Fowler campus hosted the event honoring the contributions and achievements of Hispanic Americans. Over 100 attendees enjoyed foods like Maduros (Fried sweet bananas) and Arroz con Gandules (rice with chickpeas) and activities like Bomba a traditional dance, which pays tribute to Afro-Puerto Rican ancestors who were enslaved. This is NCC’s 3rd year hosting the event and the first year we collaborated with Arts Quest and City of Bethlehem.

Other activities at NCC throughout the month included screenings of the 2021 film “West Side Story” at both Monroe and Bethlehem Campuses and trivia where students learned Spanish and cultural facts about the Latinx community.

Beatriz Messina, Hispanic Caucus member, comments that “When someone’s culture is celebrated at an institution such as NCC, the message is loud and clear to the students, faculty, staff, and the community at large that those individuals at NCC are not only seen and heard, but appreciated.”