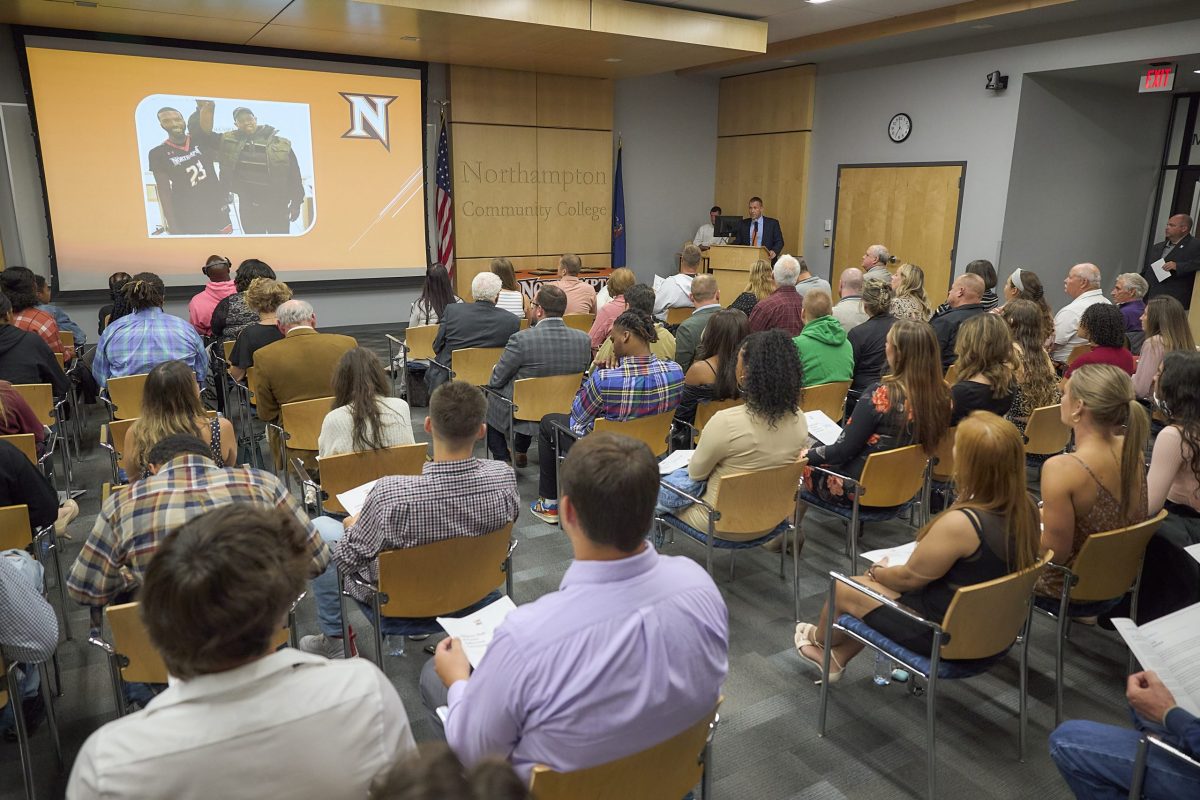 The Northampton Community College (NCC) Athletic Hall of Fame inducted its 10th class this fall. An induction ceremony was held on October 10 to honor the five inductees for the impact each of them made on athletics at NCC.

Megan Sell has both played for and coached the tennis team at NCC. During her time playing on the court from 2007 to 2009, Megan won two singles state titles and a doubles state title with Ashley Bennett. She was named NCC’s Outstanding Female Athlete in 2009. After finishing her schooling, she came back to NCC in 2013 as the head coach of the women’s tennis team. During her seven years of coaching, Megan led the Spartans to 5 NJCAA national tournament appearances, 2 Runner-up finishes in Region 19, and a Region 19 title in 2019. In recognition of her hard work, Sell was named Region 19 Coach of the Year.

Wayne Stewart was one of the best rebounders in NCC’s men’s basketball history with 679 total rebounds. He played a major part in his team’s success, from 1990-1992, shooting 68.4% from the floor, still the record for the highest field goal percentage in a single season. He was honored as an EPCC All-Conference and All-Tournament selection and has been named to the Pennsylvania Collegiate Athletic Conference (PCAA) All-State 1st team.

Congratulations to all of our new Hall of Famers!