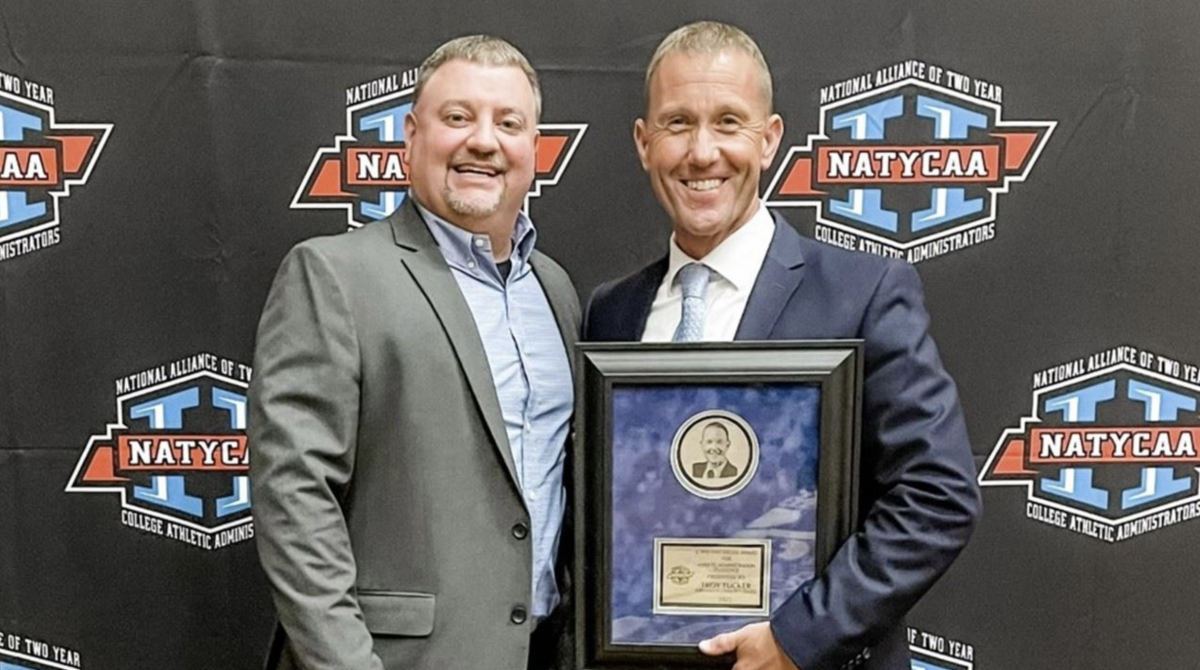 Northampton Community College (NCC) Athletic Director Troy Tucker is the 2022 recipient of the National Alliance of Two-Year College Athletic Administrators (NATYCAA) L. William Miller Award. This award is presented to yearly to a member of the NATYCAA who exhibits leadership and service to an athletics program at a two-year college or organization.

The NCC Spartans have also received the Region 19 Champions of Character Award six times, recognizing the program’s commitment to community service, sportsmanship, and character development of its student-athletes with Tucker as its Athletic Director.

Additionally, Tucker helped create a vision to upgrade athletic facilities, including a redesign of the Spartans logo and a new Spartans mascot. He also serves as the chief information officer, responsible for the operations of 28 NJCAA member colleges.

The Allegany County (N.Y.) Athletic Hall of Fame honoree has received accolades and awards including being the only two-time recipient of the Region 19 Augie Eosso Award, the highest honor an administrator could receive for Region 19 leadership and service. Tucker is also a four-time National Athletics Director of the Year and a recipient of the prestigious NJCAA Loyalty Award (2019), acknowledging his commitment to NJCAA.

In 2018, Tucker was honored with the Richardson Award of Excellence at NCC, recognizing employees who have made strides in improving the College.

NCC Students Get Ready for Fall

NCC Recognized as a Center of Academic Excellence in Cybersecurity

A Day in the Life: Artist-in-Residence at the East 40