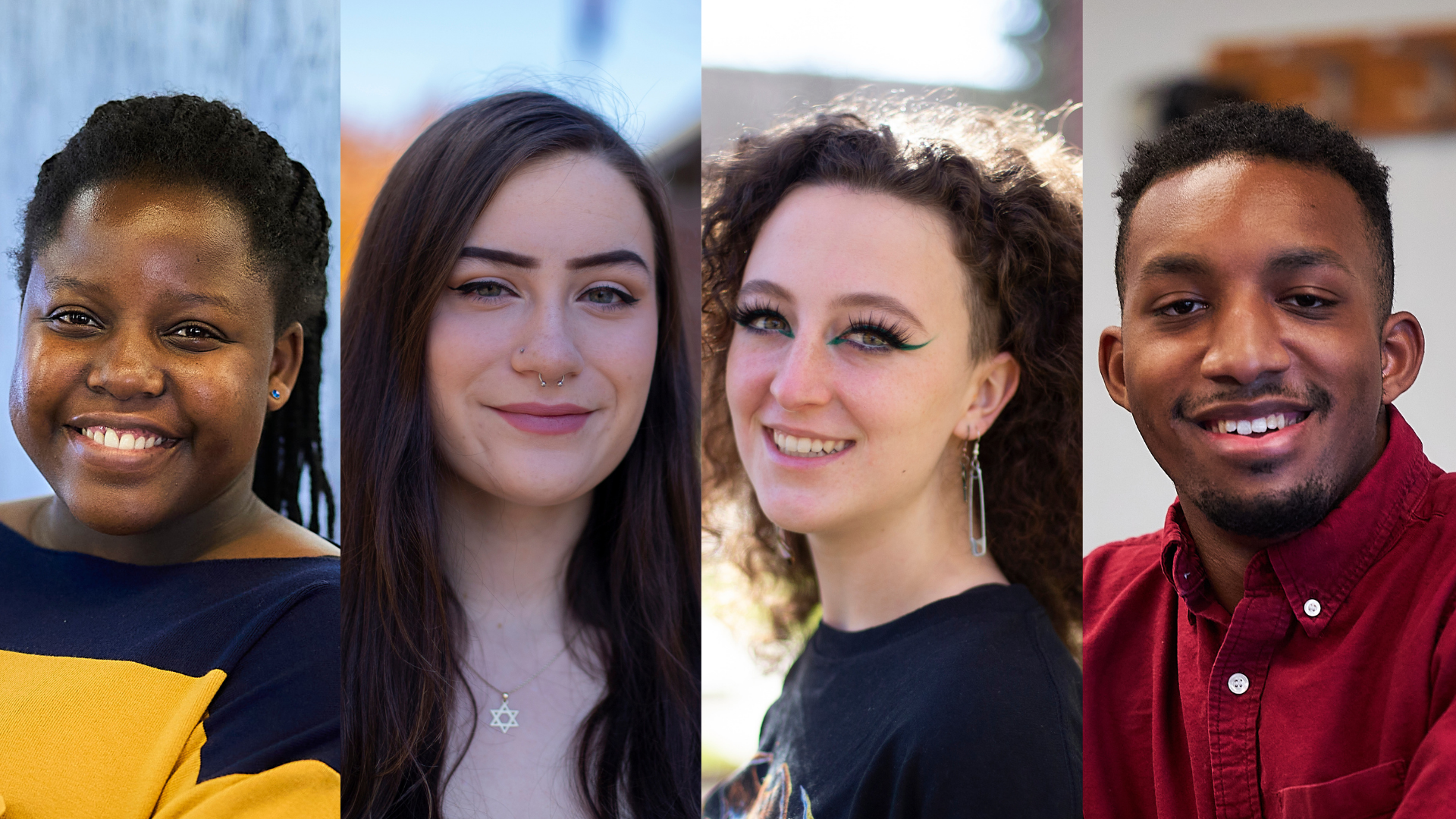 Students at Northampton Community College (NCC) have been named to the Phi Theta Kappa Honor Society (PTK) All-Pennsylvania Academic Team. These students were selected from among students at community colleges across the state, based on academic excellence and leadership at their college and in the community.

Dr. Mark Erickson, president of NCC, said, “These students have not only shown persistence when faced with challenges, they have risen to the occasion and excelled academically. They inspire us all and have truly earned the honor of being named to the All-Pennsylvania Academic Team.”

A secondary education major at NCC, Docteroff hopes to inspire youth and contribute to their development as an English teacher where she plans to make inclusion the focus in her classroom. “I would like to assign differentiated instruction for all types of learners including visual, tactile, and auditory and implement Individualized Educational Plans (IEP) for students with special needs. I will ensure my classroom allows every student to thrive by providing assessment options for all levels of learning.”

Her volunteer work with the Special Olympics gave her experience in teaching and influenced her to direct her attention to IEP students. After NCC, Docteroff will study English with a special education minor at Cedar Crest College.

With mental health and wellness another priority for Docteroff, she helped put together her chapter’s college project, a “Wellness Day” — a mental health initiative utilizing collaboration between different NCC departments to produce a beneficial school-wide event promoting wellness and highlighting NCC’s services and resources.

“I struggle with anxiety, and I created this version of myself through determination and resilience,” says Docteroff, attributing some of her success to her supportive family. “There were times that my struggles affected my educational pursuits, but my persistence paid off when I was able to arrive at a place where I could separate my anxiety from my academics.” Her efforts got her to a place where she’s pursuing her career goals and helping to lead her chapter of PTK as Vice President.

In addition to being named to the All-Pennsylvania Academic Team, Rebecca Docteroff was also named a 2022 Coca-Cola Academic Team Silver Scholar and will receive a $1,250 scholarship.

Growing up in Brooklyn, New York, Kenner and his single mother struggled to stay afloat. “I was uncertain of my worth and aspirations. The best support system I had was the line-up of aunts and uncles,” who helped him find his path. He eventually moved to Allentown, Pennsylvania and graduated high school to pursue a degree at the Culinary Institute of America (CIA). After seeing the connection between back of the house and front of the house operations, he chose to pursue a degree in hospitality at NCC to supplement what he learned at CIA.

“As much as I enjoyed working the back-of-house, hearing pans ablaze, and smelling the aromas of ingredients, I did not understand the attentive care required in front-of-house. It is established that both sections of the food and hospitality industry work in harmony.”

His ultimate career aspiration after NCC is to run a tapas bar where he will focus on his patrons’ needs and enjoyment. It will offer cultural regional cuisine with a distinguished drink pairing system.

As PTK chapter president, Kenner became motivated to take initiative and honed his own leadership skills. He chaired his chapter’s college project, which focused on equity and resources for all students, through scholarship and workday workshops, and cultural inclusion with a cultural block party that was a big hit with students, faculty and staff. He is thankful to PTK for the character development and opportunities.

Ashdot’s immigrant parents worked hard to make their way in America and create a better life for themselves and their future children. She saw how hard her parents worked and took care of her brother, who is autistic. “During the pandemic, my mother found a doctor in Arizona who had come up with a new protocol that seemed to work for many children like my brother. My mom went on her own with my brother to Arizona to meet with this doctor, with her broken English and no support. That conviction from my mother, and the hard work mindset of my father, always motivated me and pushed me to be a stronger person and work hard to build a good life for myself.”

Ashdot is a general studies major at NCC who plans to pursue a career in archeology by continuing her studies at the University of Pennsylvania. She dreams of working in Egypt as an archaeologist and studying the pyramids and the tombs. “I recently have become obsessed with the discoveries of the Saqqara tomb, and I would love to go visit and see what has been found inside.”

Currently, she works in cultural resource management with the National Park Service as a volunteer. She started with washing artifacts that were previously found, and she recently began doing mapping on hotel ruins, specifically the Kittatinny Hotel and the Water Gap House.

As the president of her chapter at Monroe campus, Ashdot leads her chapter’s college project where PTK is re-imagining and creating a student lounge so that students will have a more appealing area to work and engage with others on Monroe campus. Her (Honors in Action) HIA project deals with a panel discussion spreading awareness on disability rights and how everyone can become allies to fellow disabled peers and friends. “I have personal experience with disabled people and disability rights with my brother, and the other officers have experience with peers, family, and themselves when it comes to this topic, so we all felt a connection to this topic. This is something I am very excited to be a part of because I know it will make a difference, a positive change.”

Jussu grew up in an orphanage in Malawi, Africa with people coming in and out of her life, but some of the teachers she had stuck by her side. “The teachers were still there for me even after my disrespectful behavior in school, and that gave me the strength to keep fighting for myself. Thanks to their love and dedication, I started to mature and grow up. Because of them, I was given the opportunity to fulfill my dream and attend school in America.”

The teachers she had rallied behind Jussu and pulled money together to help her achieve her dream of studying in America. “Their love has taught me who I want to be in this world. My greatest goal is to help people. I want to show people love in the moment when they are at their worst.”

As the Secretary of PTK, Jussu has been pushed to achieve and expand outside of her comfort zone.” I feel more confident speaking with people, and I feel that my speech has also improved since joining PTK and being so involved.”

After receiving her degree in Healthcare Office Coordination at NCC, she wants to work in a hospital office or medical office in America through the Occupational Practical Training (OPT) program for a year, which allows her to put her skills to work in the United States upon graduation. Thereafter, she would like to pursue a degree in nursing. “My biggest career goal is to be a nurse and care for the people of this great nation. I want to help and be a light during people’s darkest moments.”

Jussu also was awarded the New Century Workforce Scholarship, which supports students at associate degree-granting institutions on a national scale as they plan to enter the workforce upon the completion of a degree or certificate. The program is sponsored by The Coca-Cola Foundation and PTK.