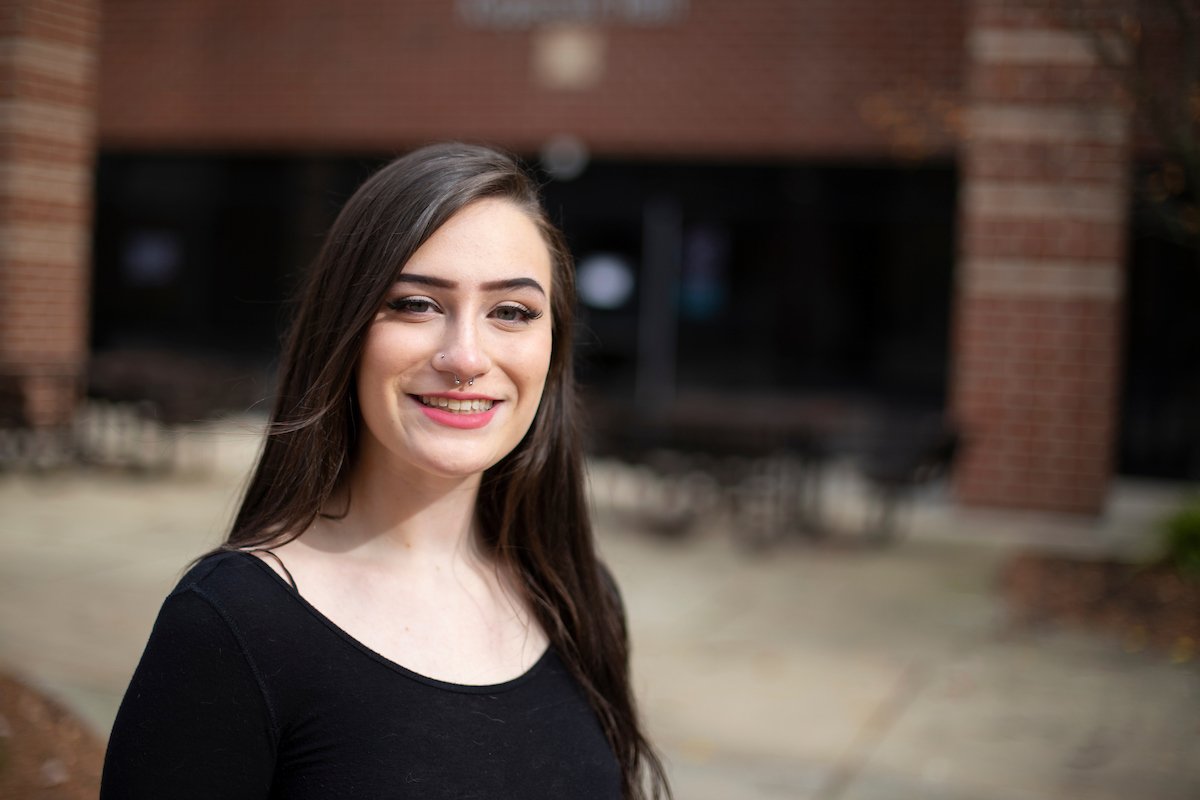 Northampton Community College is proud to announce that Rebecca Docteroff has been named a 2022 Coca-Cola Academic Team Silver Scholar, and will receive a $1,250 scholarship. Docteroff is also one of five students at NCC named to the Phi Theta Kappa Honor Society (PTK) All-Pennsylvania Academic Team.

As one of 50 Silver Scholars, Docteroff was selected from more than 2,000 applicants based on her academic achievements and leadership both at the college and in the community. The program is sponsored by the Coca-Cola Scholars Foundation and is administered by PTK.

“The Coca-Cola Scholars Foundation has a long history of providing financial assistance to outstanding students at community colleges,” said Jane Hale Hopkins, President of the Coca-Cola Scholars Foundation. “We are proud to partner with Phi Theta Kappa to make it possible for more deserving students to achieve their educational goals and support tomorrow’s leaders of the global community.”

A secondary education major at NCC, Docteroff plans to continue her education at Cedar Crest College where she will study English with a special education minor and hopes to inspire youth and contribute to their development as an English teacher. She says, “I’ve always seen the value that a teacher has on students. When I’m a teacher, I’ll make an active effort to facilitate positive change on behalf of the future generations.

Docteroff currently serves as the vice president of the PTK Tau Gamma chapter at NCC and notes that “PTK has inspired me to be a leader in my community and influenced my consistent involvement in service projects.”

While at NCC, Docteroff has led initiatives to bring mental health awareness to campus through a college-wide “Wellness Day”, partnered with “The Wardrobe Project” in Philadelphia to help collect clothing donations for Afghan refugees and worked with the Holiday Hope Chest to donate small gift boxes to young children in need. She’s also volunteered with the Special Olympics, Arts Quest, Chriskindlemart and other area organizations.

NCC congratulates Rebecca and looks forward to seeing the impact she continues to have on the community around her.

Coca-Cola Academic Team members will be recognized in both local and statewide ceremonies and will also be recognized internationally during Phi Theta Kappa’s annual convention, PTK Catalyst, to be held in Denver, Colorado, April 7-9.

About the Coca-Cola Scholars Foundation

Phi Theta Kappa is the premier honor society recognizing the academic achievement of students at associate degree-granting colleges and helping them to grow as scholars and leaders. The Society is made up of more than 3.8 million members and nearly 1,300 chapters in 11 countries, with approximately 240,000 active members in the nation’s colleges. Learn more at ptk.org.