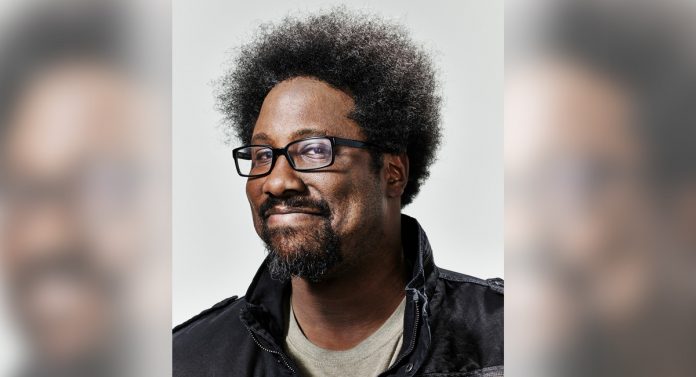 W. Kamau Bell, sociopolitical comedian and host and executive producer of the Emmy Award-winning CNN docu-series, United Shades of America, will be the keynote speaker of Northampton Community College’s (NCC) Annual Humanities Program for academic year 2021-2022. The virtual live event, “A Conversation with W. Kamau Bell,” will take place on Wednesday, February 9, 2022, at 7 p.m. Tickets are free, but must be reserved in advance at http://northampton.edu/w-kamau-bell.

NCC’s Annual Humanities theme for 2021-2022, “Strong in the Broken Places,” of which Bell’s keynote is a part, explores how the pain of broken-ness can yield new ways of seeing perspectives unavailable before the breaking. Bell uses his platform to seek out the broken places in our country and works to amplify the voices of the people he finds there – ultimately showing the ways they are strong in a broken system.

Dr. Rebecca Martin, assistant professor of English, is the chairperson for the annual theme.  Exploration of this theme is made possible by an endowment for the humanities established through a grant from the National Endowment for the Humanities and generous donors.

Hosting is Bell’s sweet spot. He currently hosts the Emmy Award-winning CNN docu-series, United Shades of America with W. Kamau Bell, where he travels across the United States to experience, interview and interact with a variety of America’s subcultures. Bell’s tone is approachable and light, while the subjects he explores are difficult and complicated. The show identifies “the many diverse and colorful definitions of America,” according to CNN. He also hosted the comedy series Totally Biased with W. Kamau Bell from 2012 to 2013 and three notable podcasts, Kamau Right Now!, Politically Re-Active, and Denzel Washington is The Greatest Actor of All Time Period.

Bell became a published author in 2017 with The Awkward Thoughts of W. Kamau Bell. The book is a commentary and discussion on a range of issues including comedy, fatherhood, family, social justice and beyond. He touches on these subjects in his 2018 Netflix special, Private School Negro.

Advocating for others is a big part of Bell’s life. He is the ACLU Celebrity Ambassador for Racial Justice, serves on the advisory board of Hollaback!, an initiative to end harassment, and Donors Choose, where anyone can donate to help fund teachers’ projects and programs vital to student learning.

The New York Times has called Bell, “the most promising new talent in political comedy in many years.” He has been nominated for multiple NAACP Image Awards and a GLAAD award, and he was featured on Conde Nast’s ‘Daring 25’ list. In all areas of his career, he uses comedy to bring to light and discuss the many social and political issues facing communities today.