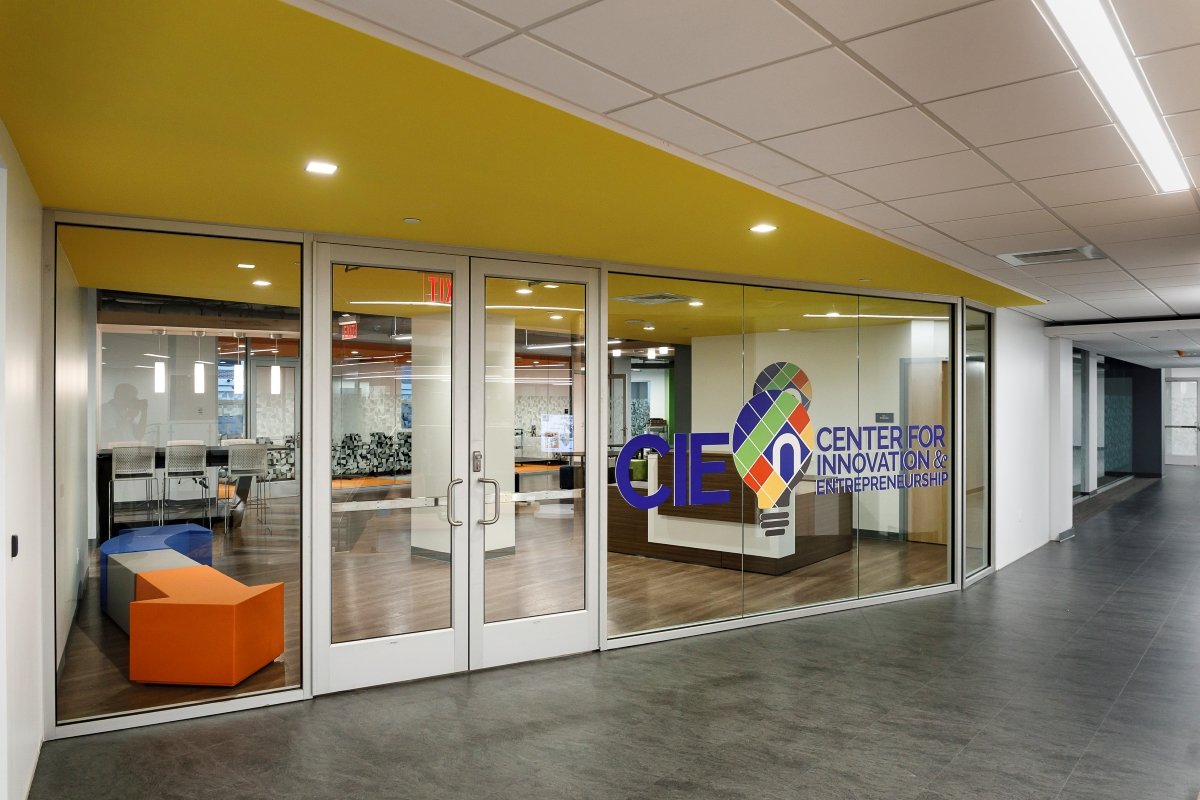 Five Northampton Community College (NCC) students presented their best business ideas recently during the college’s second annual student idea pitch competition. Held virtually, the competition featured ideas for a water-based propagation planter, an app that connects students looking for services with others who can provide them, a voice-activated device to help nurses and patients in hospitals, a business to export martial arts products from Pakistan and sell in the United States, and a nonprofit dedicated to helping children in Ivory Coast, West Africa, learn to speak and read English.

The competition was the culmination of a 10-Week Startup Boot Camp, an intensive program that supports students working to develop business ideas. It is sponsored by the Follett Family Center for Innovation & Entrepreneurship (CIE) at NCC. Judges, all in their second year, were Mike Gausline, the founder of One Putt Ventures, Bethlehem; Girish Sud, chairman at SCORE Lehigh Valley, Schnecksville; and Matt Sommerfield, president of MTS Ventures, Allentown.

The event was moderated by Raja Bhattacharya, director of the Follet Family CIE. He said the boot camp had an emphasis on “learning by doing it.”

At the end of the two-hour-plus event, judges named Susan Murray, 51, a student in NCC’s RN program, as the contest winner and awarded her the $1,000 first prize. Murry presented her idea for the Sani-Timer™, a Bluetooth-enabled, content-based, voice-activated device aimed at making life easier and safer for hospital patients and nurses.

The device, which Murray, a former teacher who lives in Allentown, described as similar to a Google Home Hub, contains a display that counts down as nurses wash their hands or administer IV injections. It can walk them through the six rights of medication administration; advise about possible drug interactions, side effects, and other issues; measure a patient’s blood pressure; or alert a nurse of an emergency in a patient’s room.

Patients can use the device – called Genesis – to call a nurse; receive medical education; and tend to their spiritual needs by listening to hymns, prayers, and sermons.

Murray, a first-year student who hopes to someday attend medical school, said the idea for Genesis came to her during Nursing 101 class when she witnessed the challenges hospital nurses face.

“All the features and functions of the Sani Timer and Genesis Medicine are from my imagination,” Murray explained. “The Lord has given me a very good imagination and the ability to help people.”

She noted that she has ideas for other medical technology that have already been patented.

“I have much bigger ideas than this, but I am keeping those to myself to reveal at a later time,” Murray said.

Muhummad Hamza, a 20-year-old general studies major From Bethlehem with plans to enter the business field, was named runner-up and awarded $500 for his plan to work with his brother-in-law exporting mixed martial arts apparel and equipment from Pakistan and selling it to Amazon and Shopify customers in the U.S.

The products, which include helmets, gloves, shoes, and other items, are already being manufactured in Pakistan and exported to the United Kingdom and other locations by AZFA IMPEX, a company his brother-in-law owns. Hamza, who moved to the U.S. from Pakistan in 2014, said there is a need for quality, affordable sports clothing here because products available are limited and too expensive.

Afi Laeticia, 21, an early childhood education major from Ivory Coast, West Africa, received the audience choice award for a prize of $250. Her plan is to develop an app that teaches English to young students and run “Teach Them Young,” a nonprofit that will work to improve children’s chances of obtaining educations and jobs in wake of the country’s extremely high unemployment rate.

“We can reduce that rate if we can teach English to people of Ivory Coast,” said Laeticia. “We need to start teaching kids early while they are receptive to learning.”

The recipient of a scholarship from the U.S. Department of State, since arriving at NCC in January Laeticia completed a semester of classes, an internship and required volunteer hours. She left to return to Ivory Coast less than a week after the business competition.

Also presenting was Khumo Moyane, an international student from South Africa majoring in business management who partnered with students Kaitlyn Morales, a general studies major, and Jaskaret Singh, a business major, to develop “Reach Out,” an app designed to connect students looking for help in a particular area with other students who can provide that help.

He got the idea for the app, Moyane explained, while working on a project for a graphic design course that required him to draw.

“I told my professor my drawing skills are a one, and only that because I can hold a pencil,” he said.

He thought his problem would be solved if he could reach out for help to another student with drawing skills, inspiring him to create the app.

And, Miranda Austin, a part-time student hoping to major in computer aided design (CAD), pitched her idea for the Aqua-Mir Propagation Planter, in which users can propagate plants and fish to promote sustainability and environmental responsibility. Markets for hydroponically grown products and aquaculture are on the rise, Austin noted, as environmental concerns deepen.

“I’d like to be an environmental advocate across the globe,” said Austin, 39, of Wind Gap.

She also currently is working to create a business she’ll call Freelance Creations LLC, with a plan to build “help housing,” small structures on wheels that could be used for temporary housing for homeless people or for a start-up business to showcase its products at a minimal cost.

Bhattacharya praised all the participants following the event, congratulating them for completing the boot camp and sharing their ideas.

“I commend all of our five presenters today,” Bhattacharya said. “This is not an easy thing to do. I can tell you they made a lot of progress and it’s a great learning experience for them.