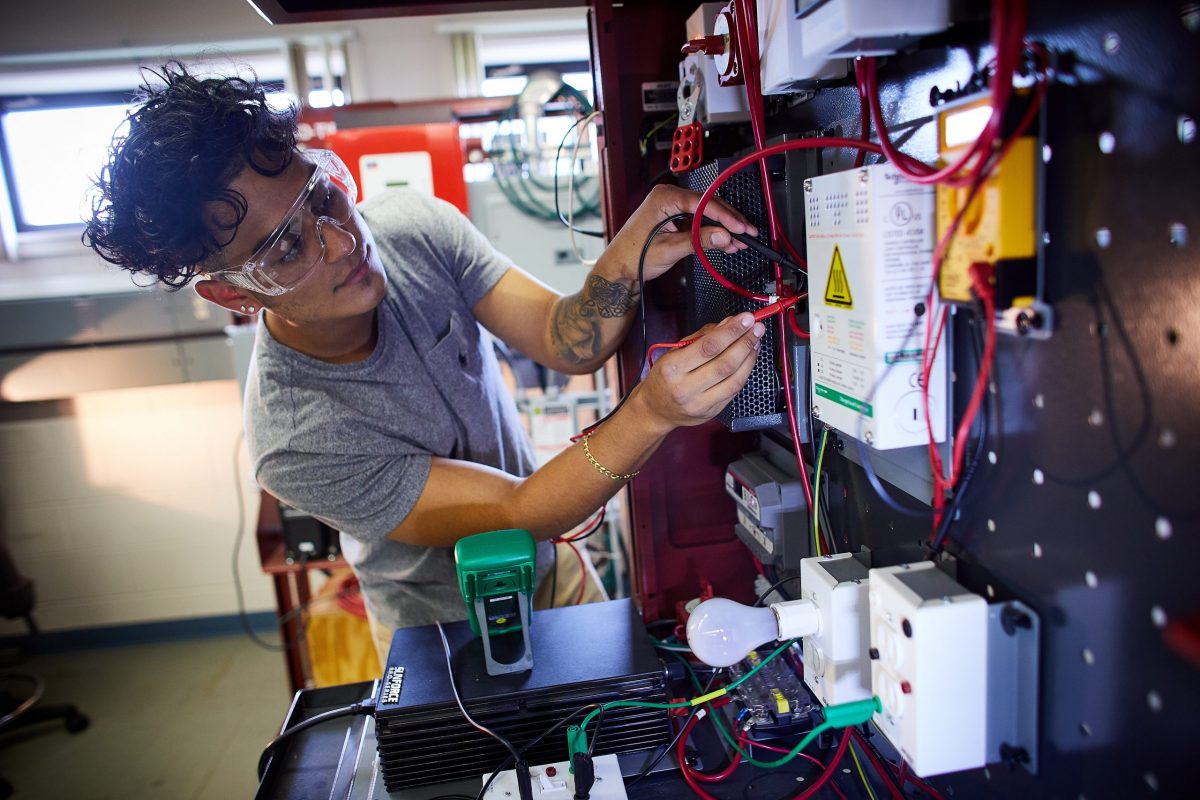 At age 23, Allen Onofre already owns and operates Onofre Air & Improvements, a successful home services business. His biggest plans, however, lie ahead. “I want to build my company, and make it a major player in the Lehigh Valley,” said Onofre, who lives in Easton. “But I also plan to start an LLC and get into real estate.”

Onofre graduated from Northampton Community College (NCC) in January 2020 with a degree in HVAC and certification in Electrical Technology. He got a job soon after with Services United, a HVAC contractor based in Bethlehem. His progression within the company was quick. Within six months, he was promoted from apprentice to a service technician with his own work van and equipment.

“It happened fast, but I just decided I was going to apply myself and do the very best work I could,” he said.

After about two years with the company, Onofre was ready to go out on his own.

“I grew up in a family where we’re all very business oriented and self-employed,” he said. “I knew I could handle the work; so, it seemed natural to start my own business.”

A 2017 graduate of Freedom High School in Bethlehem, where he played varsity soccer, Onofre had given up on the idea of college after he tore his meniscus during his senior year.

“I hoped to play soccer in college somewhere, but after getting hurt in my senior year, I knew that wasn’t going to happen,” he said. “At that point, I figured I’d work with my dad in his construction business.”

Encouraged by his mother, however, he decided to enroll at NCC. Looking back, he realizes that decision was an important one.

“You’ve got to try things out in life, or you’ll never know,” Onofre reflected. “My life would have been different if I hadn’t enrolled at Northampton.”

Onofre calls his business Onofre Air & Improvements, he said, to indicate added value for his customers.

“I’m pretty handy with construction as well as HVAC and electrical work; so, if a HVAC system leaks through the ceiling, it’s no problem for me to repair the system and the ceiling. “I also do remodeling and other types of home improvement projects.”

As he builds his business, adding equipment he needs along with his customer base, Onofre has his eye to the future.

“My plan is to form Onofre LLC and get into the real estate business,” he said. “I’m interested in flipping houses because I could do all the renovation work myself. It seems like a good fit.”

By that time, he hopes to have a manager for Onofre Air & Improvements so he can focus on building the real estate business while maintaining his current company. Owning two businesses can seem daunting, but Onofre feels he’s up to the challenge.

“I graduated from NCC just as Covid was coming on the scene, and I realized there weren’t a whole lot of people who were willing to work at that time,” Onofre said. “I knew there was money to be made if I was willing to work hard, so that’s what I did. I learned to just put my head down and go, and that’s what I’ll continue to do. I’m looking forward to seeing how it works out.”