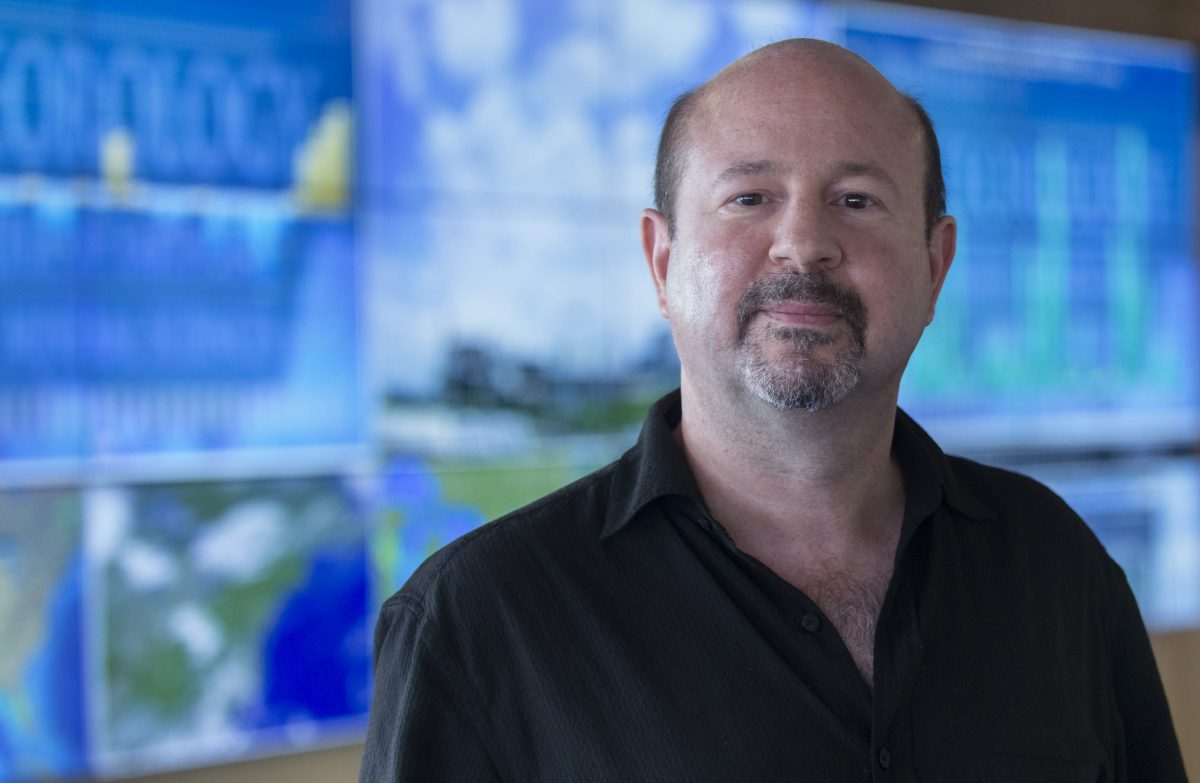 Professor of English, Dr. James Von Schilling, and Assistant Professor of Geography, Anita Forrester, both introduced Mann to the attendees, lauding him for his position as the director of the Penn State Environment Center, being named number 37 on the Top 1,000 Climate Scientists list, and named amongst the Ten Most Influential Earth Scientists.

Mann joined NCC for his first in-person event since the pandemic with the intention to spread awareness and information on the Climate War that the world is facing and to inspire a more optimistic outlook on the future.

Many think of climate change with defeat as if humanity has already lost this war, but Mann began the conference stressing that it is not too late for us to make a change. He showed headline after headline of the many natural disasters that we have seen in recent years, explaining how global warming has caused them, with a warning that these disasters will only become  more frequent if there is no change. “In order to stop catastrophic damage to our planet, we must reduce our carbon emissions by 50% in the next decade.”

A tall order, but Mann pointed out  that in the year 2020, as a result of quarantine, the world  saw a carbon emission reduction of 7%. If we can accomplish that every year for the next decade, we will have reached 50%.

Following his presentation, there was a Q&A with the audience. When proposed the question, “Would we have to live the way we did in quarantine in order to keep reducing carbon emission?” Mann made a point to state that individual behavior only gets us so far, we need to make a systematic change in order to decarbonize our economy.After the Peace Conference,  a student workshop and luncheon was held. Students were able to have a more casual talk with the renowned scientist over slices of pizza. Students wondered what they could to make change around climate policies happen. Mann recommended getting involved in local politics. Student Rachel Leon, the president of the NCC Climate Action Network, told Mann she had done just that and successfully ran for Bethlehem City Council.

NCC students, faculty and staff were  honored to have Mann inform and motivate them to make a change. In his words, “We are fighting for something bigger than ourselves.”