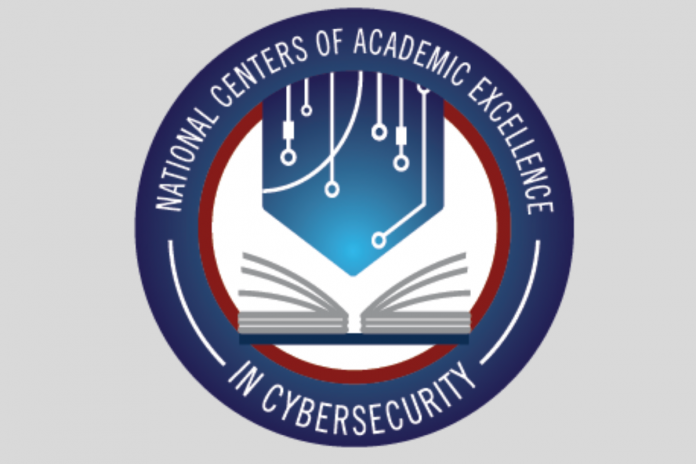 Northampton Community College’s cybersecurity program has joined an elite group of two-year, four-year, and graduate-level institutions with its recent designation as a National Center of Academic Excellence in Cyber Defense (CAE-CD). Awarded by the National Security Agency (NSA) and the Department of Homeland Security (DHS), the designation has gone to only 10 other educational institutions in Pennsylvania, and just 274 institutions nationwide.

The designation, according to Dr. Denise Francois-Seeney, Dean of Business and Technology, affirms the department’s efforts to develop a state-of-the-art cybersecurity program that is open to all students, including women and students of color, who are underrepresented nationwide in STEM (Science, Technology, Engineering and Mathematics) fields.

Those efforts, led by Brian Stokes, Associate Professor, Computer Science, are part of the NCC’s “Building a Culturally Responsive Degree Program in Information Security” initiative, funded by a nearly $300,000 grant from the National Science Foundation.

“The designation tells us our cybersecurity program has been given a thumbs up and recognized for excellence,” Francois-Seeney said. “Brian Stokes was tasked at making this a model program, and his efforts and achievements have been rewarded.”

There currently are about 150 students in NCC’s cybersecurity program.

Stokes explained the approach to applying for the recognition was two-pronged. The first step required an assessment of the cybersecurity program at NCC, which was then approved by a review committee. Once the program was approved, another team looked at how the college supports the cybersecurity curriculum, staff, and students, and how the program fits into its institutional mission. With those steps completed, all information is submitted to the NSA, which reviews it and decides whether the college is suitable for the CAE designation.

The process took more than a year, Stokes said, and required significant effort on the part of NCC staff.

“But it was worth it when we got the notice that we’d been approved as a Center for Excellence,” he added.

Along with recognition from the NSA and DHS, benefits of being designated a CAE-CD include access to federal grants and student scholarships, and a professional development advantage for students.

“Our students and graduates will be able to include that designation as they approach employers,” Finken said. “That will really support the coursework they’ve done and their educations in general.”

The designation also gives NCC staff opportunity to participate in a large network of cybersecurity professionals, educators, researchers, and advocates working to grow the cyber field.

As cybersecurity becomes an increasing concern for governments, institutions, and companies in every industry, a growing need for workers across this field in critical.

According to the U.S. Bureau of Labor Statistics, the number of workers within the cybersecurity sector is expected to increase by 31 percent between 2019 and 2029 – a rate far higher than average for all occupations. A problem, however, is that young women and students of color tend not to be exposed to the possibility of these jobs, some of which require only a two-year degree to get started.

“These types of students tend to get weeded out of opportunities for these careers,” noted Francois-Seeney.

The college is working hard to let underrepresented students know that cybersecurity jobs are available and attainable, and to make NCC’s cybersecurity program welcoming and accessible if they choose to enroll.

“We really want women and minority students to know this is a viable, high-paying, high-occupational field with an associate or a bachelor’s degree,” said Francois-Seeney.

NCC staff had planned to get out into area schools to spread the word about its cyber program, but the pandemic has slowed those efforts. Still, according to Finken, substantial outreach with students and school staff was accomplished virtually, and in June the college offered a five-day, in-person cybersecurity camp for high school students at its Bethlehem Campus. The camp was well attended and received, and plans are underway for another to be held in summer 2022.

Also, Stokes has recently visited several schools in person and has plans to get into more.

“We’re doing some initial outreach and hopefully by spring and next fall we’ll really be able to ramp up our visits,” he said. “We think NCC can take a leading role in bringing a more diverse group of students into this field.”