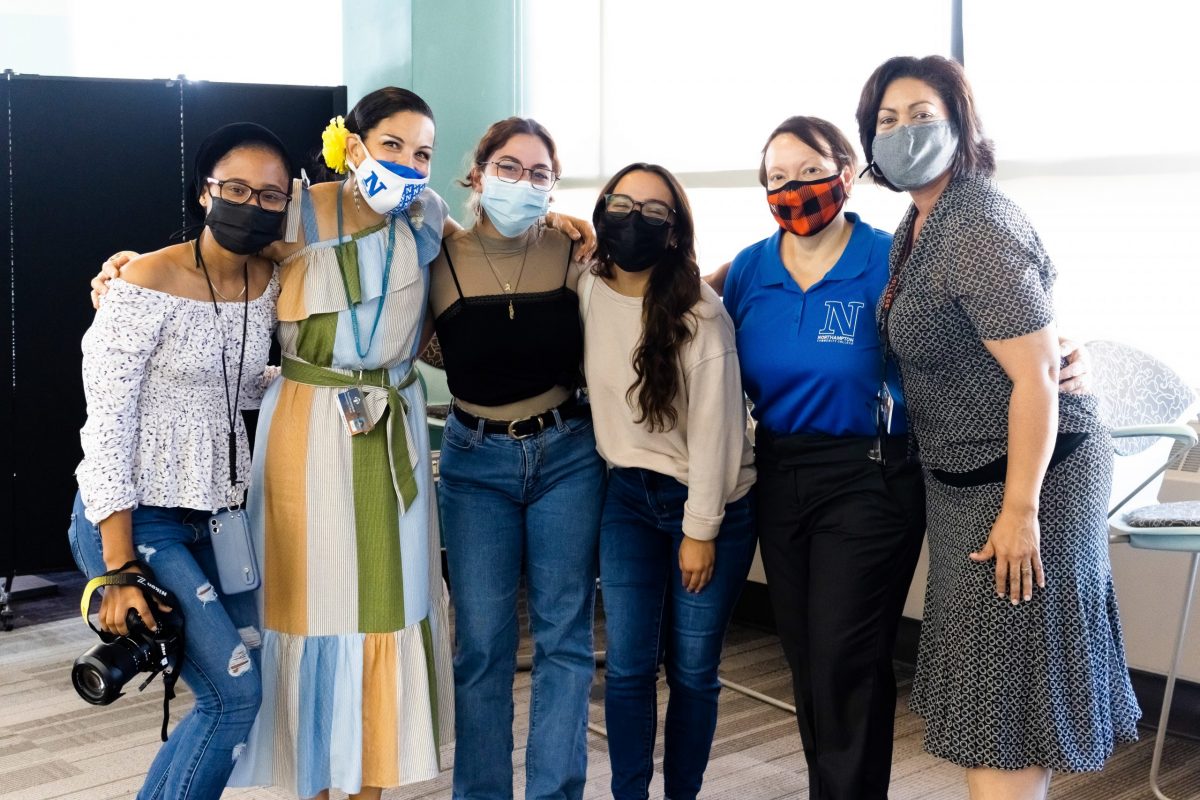 Hispanic Flag Raising ceremonies were held on both Bethlehem and Monroe Campuses to recognize and celebrate the many contributions, diverse cultures, and extensive history of the Latinx community. At the beginning of the ceremony, Elba Carides, Hispanic Caucus chair, proudly announced that NCC has over 2,000 self-proclaimed Hispanic students this academic year.

Carides spoke to progress and milestones the Hispanic community has made in America. Great achievers like Ellen Ochoa who was the first Hispanic American woman to go to space with a nine-day mission in 1993, Sonia Sotomayor who became the first Hispanic American to serve as a member of the Supreme Court, and Roberto Clemente, a baseball player who faced racial bias in the United States, which led him to become an advocate for Latino and Black players’ rights, have all made their mark.

Guests enjoyed food and danced to classics like Suavemente by Elvis Crespo.

When the Hispanic flag was raised, NCC Professor James Von Schilling explained the significance of the flag. The purple on the flag is meant to honor the traditional color in Spain, the sun is the symbol for power, and the crosses represent the Europeans who crossed over to America and the Native Americans who were already here.

“Let education degrees and careers help you rise,” said Von Schilling, as he raised the flag.

Students were encouraged to join clubs like Hispanic Organization for Latino Awareness (HOLA) on Monroe campus, which promotes and educates others about Hispanic culture and the differences among Hispanic groups. This organization is open to all interested students at NCC.

Belinda Austin, associate dean of student services, said, “Events like this are important for building relationships and connecting with each other on campus. Whether a brand new or returning student, everyone should get involved because we want to hear each student’s voice and create programming that represents all of our students.”

At the community Hispanic Heritage Celebration, held at Touchstone Theatre and hosted by NCC, around 200 people enjoyed Latin cuisine like yellow rice, plantains, roast pork, braised chicken, and tropical fruit juices. The guests graced the Barrio Stage with dancing Bomba y Plena, a music and dance style developed as a means of political and spiritual resistance among enslaved people from West Africa.

Unsung Hero Awards were awarded to local residents who helped the homeless with winter shelter and to ultimately find homes, free legal representation, and advocate for the Covid-19 vaccine.

The Hispanic Caucus and Student Life also had screenings of the 2021 film “In the Heights” as a part of Hispanic Heritage Month at both Monroe and Bethlehem Campuses throughout the month of September.

Robert Robinson, NCC’s vice president of diversity, equity, and inclusion, said, “It’s important to celebrate Hispanic Heritage because it encourages Hispanic students to succeed and grow up to continue to achieve greatness.”