Home Student Stories Dreams in a Time of War 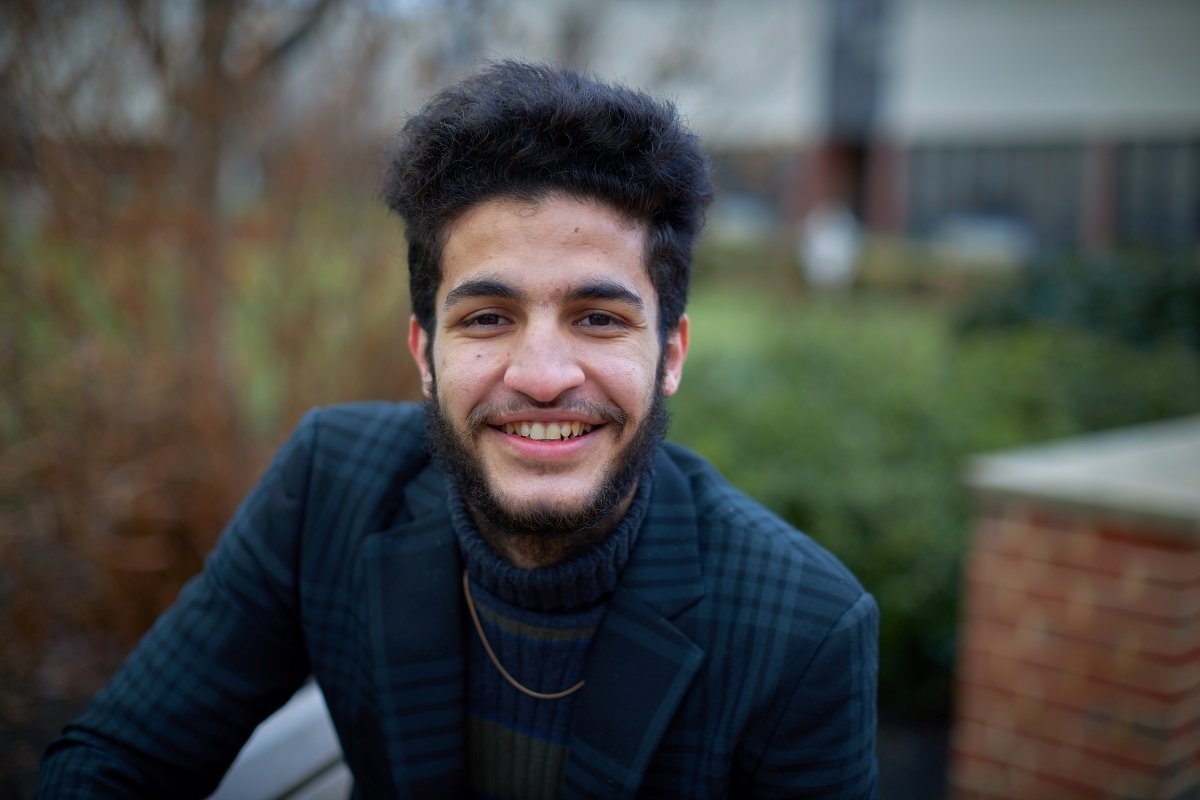 Through an early life marked by wartime trauma, one first-year student emerged committed to searching for truth. Criminal justice major Ahmed Battah, 19, originally from Baghdad, ultimately plans to work as a crime scene investigator after graduating from Northampton Community College in 2022 and pursuing a bachelor’s degree. He plans to study forensic psychology to better understand criminals’ motives.

“I always like to figure out what’s the truth,” said Ahmed, who earned NCC’s Promise Endowed Scholarship.

As a child, Ahmed and his siblings often saved money by going to bed without eating.  The children grew up surrounded by combat between American soldiers and Iraqis. Shia and Sunni militias also mounted a guerilla war. Ahmed’s parents withdrew him from school in second grade because the war made it dangerous for him to attend.

“It was unsafe to be outside,” said Ahmed.

Ahmed’s father, Abbas Khalaf, disappeared then returned, explaining to his family that he had fallen victim to a sectarian kidnapping and assault. The experience motivated Abbas to immigrate to the United States via Syria, Egypt and Israel.

“He was very scared that something would happen again,” Ahmed said of his father.

Despite the danger, Ahmed and his brother, Mohammed, earned money for their family by delivering groceries and offering shoppers wagon rides among stands at their local farmers’ market. Government restrictions and the needs of Ahmed’s severely diabetic brother prevented his mother, Lagga Battah, from working outside the home.

While in the United States, Abbas worked, developed a circle of friends, became a U.S. citizen, and arranged for his family to follow him.  In 2011, Ahmed, his mother and siblings arrived in the United States.  Ahmed recalls a tearful reunion with his father, which fulfilled the hope that had sustained his mother, Lagga, during the six years of separation.

“She kept having hope that my dad would come back,” Ahmed said of his mother.

When Ahmed arrived in the U.S in fifth grade as an Arabic speaker, he took English as a second language in school and supplemented his classes with hours of Saturday home study using CDs. He felt lonely among classmates due to the language barrier, but in about a year he became fluent by listening to native speakers converse.

The ESL teacher would drill beginning students on the English alphabet and other basics, much to Ahmed’s frustration.

“He would get really upset because he thought (the teacher) was teaching him children’s stuff,” said Ahmed’s sister, Maryim.

Ahmed chose Northampton Community College at the recommendation of his siblings. His brother, Mohammed 22, currently studies accounting at NCC. His sister, Maryim, plans to return next semester to study to be a licensed practical nurse. She advised Ahmed to enroll at NCC because she found the staff and students warm and open-minded.

“I am Muslim, and I wear the hijab and I’ve never felt more welcome,” Maryim shared.

Ahmed also practices Islam and feels equally welcome at the college. He belongs to the Psychology Club and the Celtic Culture Club. He credits the Psychology Club with enhancing his leadership skills. He also enrolled in the online RISE Leadership Series, which teaches participants to overcome obstacles and pursue their goals while emphasizing diverse students’ common ground.

“We’re all equal and we’re all here to do the same thing,” Ahmed said of his fellow RISE participants.

Ahmed’s respect for his fellow learners stands out to his professors.

“He was polite and so kind to others,” said Professor Jennifer Del Quadro who taught Ahmed public speaking in her Introduction to Communications class. Ahmed frequently met on Zoom with Del Quadro to seek feedback on his work, she said. She also shared that during class meetings, Ahmed always had his camera on and consistently smiled.