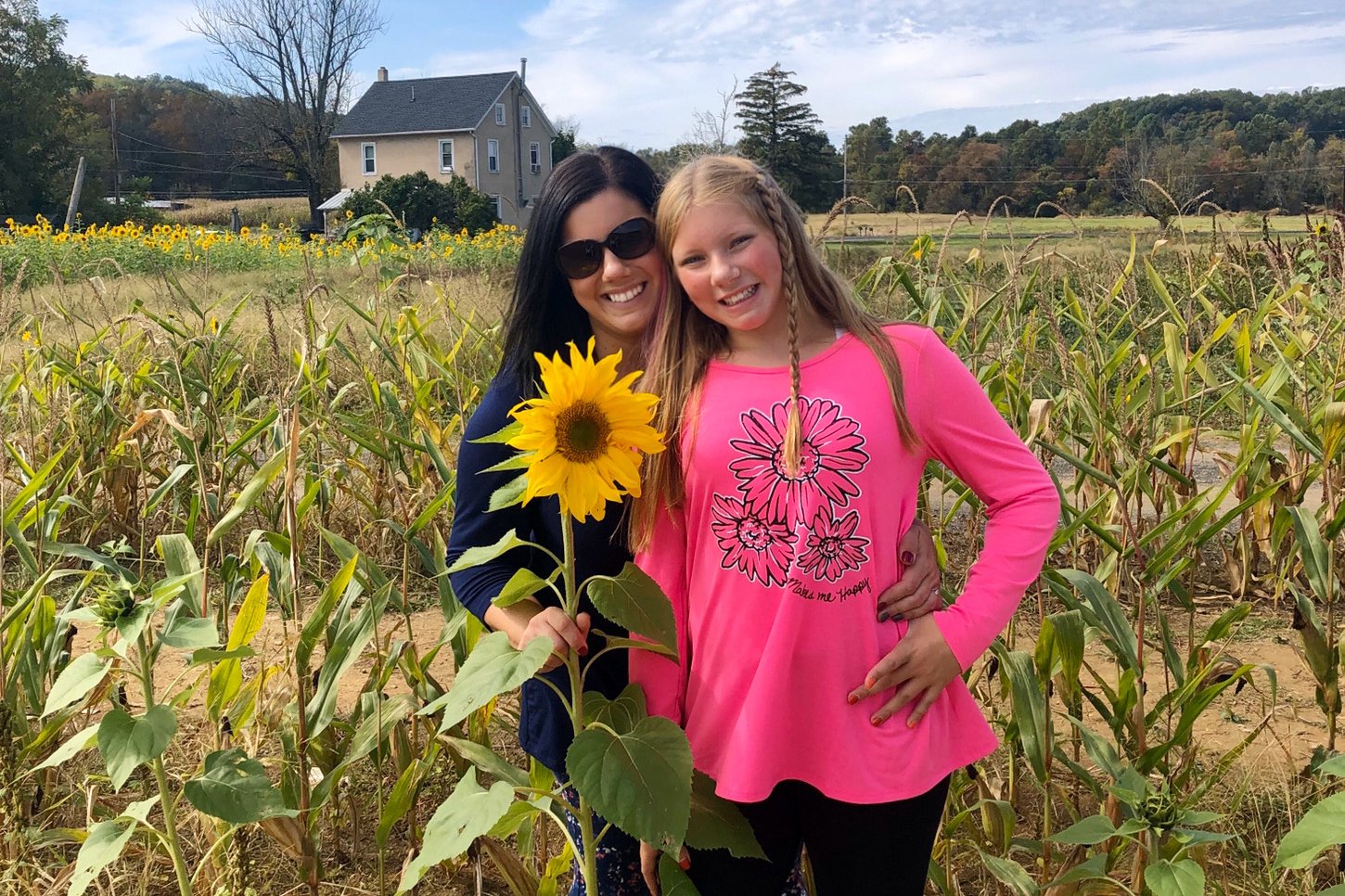 “I’m really good at talking with people,” Smith said. Diplomacy and active listening form key components of her response to people involved in altercations, she said.

Smith graduated from NCC in 2013 with an associate’s degree in criminal justice before earning her bachelor’s degree, in the same field, in 2015 from Kutztown University. She previously earned an associate’s degree in early childhood education and worked as the assistant director of a daycare center. She chose her new field based on a career guidance test at NCC.

Smith and her colleagues participate annually in active shooter drills. During last year’s training, Smith volunteered to play the role of the shooter. She recalled being pelted by her fellow officers’ faux bullets. “We had to wear a lot, a lot of layers because those soap bullets really hurt,” Smith said.

Active shooter drills comprise just part of the approximately 55 hours a year of required training Smith undergoes. Every year she trains in de-escalation and ethics in addition to brushing up on her skills at using a baton and handcuffs. Smith also undergoes gun training led by a retired Allentown Police officer.  She had to pass a target test which required her to shoot accurately from as much as 25 feet away. The training also demanded that she shoot in the dark and from behind a barrier. The firearms education gave Smith another tool with which to respond to crises, but she does not believe carrying a gun makes her or her co-workers domineering toward people.

“Some people would say they act macho but for most of us that doesn’t happen,” Crystal Smith said.

Smith’s brand of courage is less machismo and more quiet perseverance. She recently marked two years as a cancer survivor. To endure treatments, she drew inspiration from her stepfather, Ray Stafford, who underwent three open-heart surgeries. She also sought to emulate her father, Richard Smith, who survived bladder cancer.  In addition, Smith gained strength from her devotion to her daughter, Braelee Smith, now 13, to whom she is a single mother. During the most discouraging periods of her illness, Smith persevered because she knew Braelee needed her to regain her health.  Smith’s care for her daughter and endurance during adversity made her a role model to Braelee.

“I’ve learned just to be kind to everybody and to have courage in the hardest times,” Braelee Smith said. “She always tells me to keep my head up so my crown doesn’t slip.” Braelee made a sign for Smith’s graduation from NCC expressing how proud she felt about the accomplishment, said Smith’s mother, Robin Stafford.

Degrees are among the many achievements for which Braelee can look up to her mother. Smith began working for NCC as a dispatcher and pursued the training she needed to become an officer. In 2016 the college paid for her to complete her national Emergency Medical Responder certificate.

Smith’s co-worker, Sgt. Nathan Ramos, described her as driven to excel in her work  and composed under pressure. Ramos said that distraught people who call for help find her calming and relatable. Her supervisor, Chief Keith Morris, echoed Ramos’ sentiment. “She comes off as a very friendly and approachable individual,” Morris said.

Recovering from cancer and continually developing as an officer put Crystal in a position to advise others who would like to follow in her footsteps.

“I would encourage others to stay focused, take one day at a time, and never look back,” Crystal Smith said.