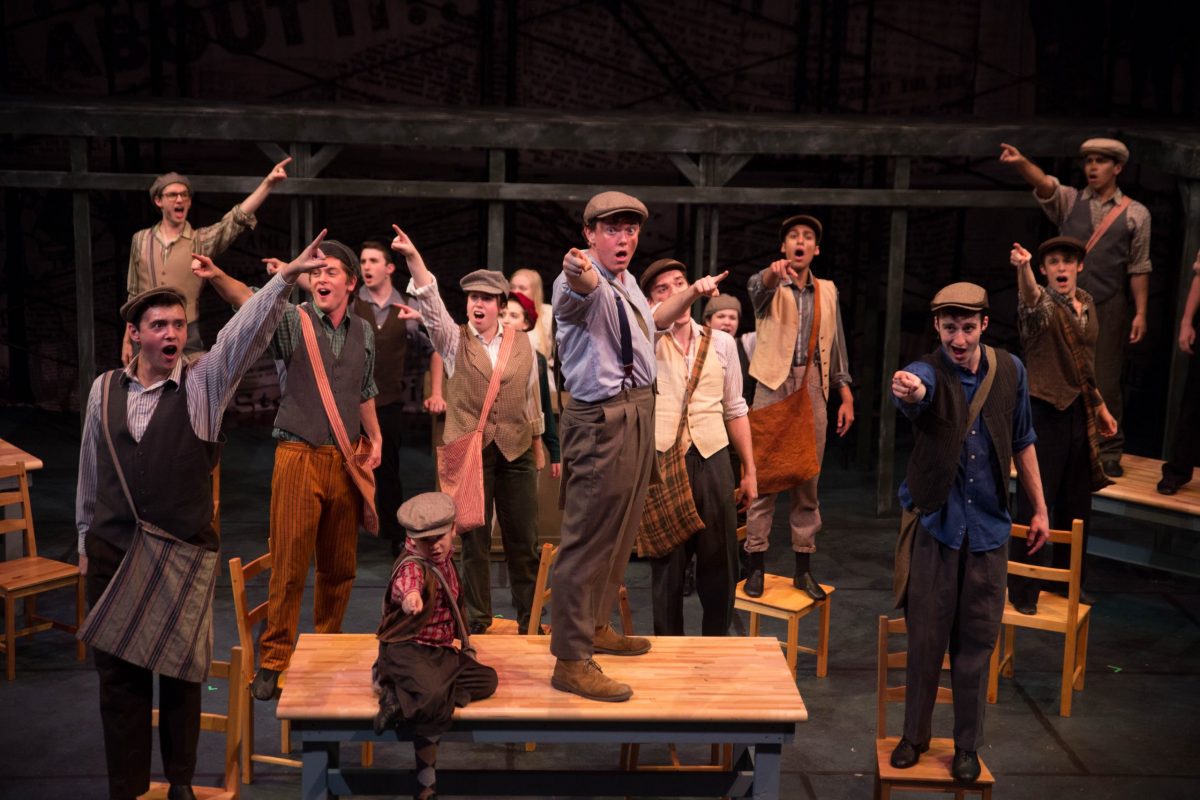 The Northampton Community College (NCC) Theatre Department was recognized in the Lehigh Valley Press Focus Allentown-Bethlehem-Easton (ABE) awards for locally-produced theater. Instead of the typical ‘professional’ and ‘community’ theatre categories, reviewer Kathy Lauer-Williams used ‘in-person’ and ‘virtual’ as this year’s award categories because of the effects on theatre productions due to the pandemic.

With the pandemic and quarantine, this past year was a difficult one for the theatre. For much of the year, theatre with an in-person audience was out of the question. When productions resumed, there was a new way of making it all work for theatre lovers. The show must go on!

In February of 2020, just before the shutdown and college closing, NCC put on an in-person rendition of The Little Foxes, directed by Clair M. Freeman with an NCC student and alum star-studded ensemble cast. This won accolades in the “In-Person” category as Lauer-Williams wrote, “The talented cast of The Little Foxes drew the audience right into the manipulative power plays of this disturbingly dysfunctional family, from Carter Reichard’s calculating Regina, to Brandon Costanzo’s ruthless Ben to Joe Dionne’s cruel Oscar to Grace Misciagna’s broken Birdie.” The cast list was as follows.

When the college opened again, and students were welcomed to campus, stage production continued. Many rehearsals were done virtually or in small groups with all the necessary precautions, including temperature checks and sanitizing between scenes. The virtual performances were put on with students using face shields or masks.

The production that was recognized in the “Virtual” category, Junk: The Golden Age of Debt, was a fully-staged production that was live-streamed for each performance in the fall of 2020. “NCC Theatre Department Chair Bill Mutimer [the production’s director] guided the complex story as it took fascinating shape in this well-done production. Mutimer did an admirable job keeping the many-layered story, which takes place in 1985 in the world of financing and junk bonds and is based upon real-life financiers like Michael Milken.”

The Junk cast was made up of community members, students and alumni.

Of 2020 theatre at NCC, Mutimer said, “The disappointment of cancelling our spring and summer productions was hard but necessary for the health of everyone. But like the phoenix, theatre rose out of the ashes to create once again, in a safe, controlled environment where we were back in our sterile but happy place.”

The college is looking forward to producing more note-worthy shows in the future! Get information and a schedule of upcoming shows at NCC by visiting ncctix.org.