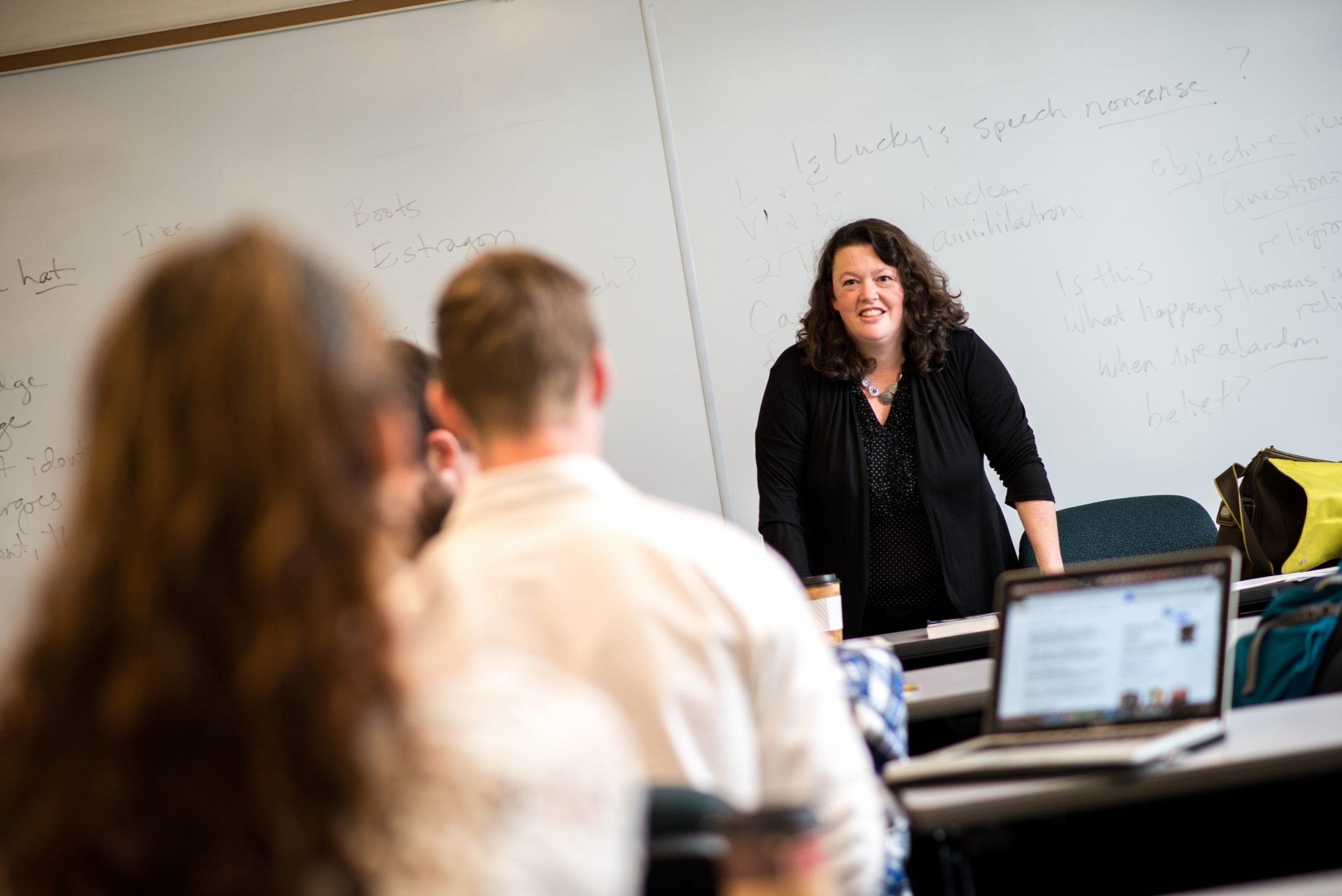 This year marks the one hundredth anniversary of the Nineteenth Amendment, which granted women the right to vote, but only after a hard-won struggle that itself took almost one hundred years.

Dr. Cara McClintock-Walsh will give a virtual talk about “Votes for Women: A Portrait of Persistence,” on Thursday, Oct. 22, at noon, via an interactive Zoom presentation.  This compelling story about suffragists, such as Ida B. Wells and Susan B. Anthony, will be told through materials from the Smithsonian Institution Traveling Exhibition Service and McClintock-Walsh’s research.  An English professor who teaches courses in literature and women’s studies, McClintock-Walsh has published articles on Irish literature and modern American literature, as well as on topics involving gender and representation.

The presentation ushers in this year’s annual humanities series at Northampton Community College (NCC), led by McClintock-Walsh. She has been selected to hold the Robert J. Kopecek Endowed Chair in the Humanities, named in honor of Dr. Kopecek, president of NCC from 1977 until 2003. Its purpose is for NCC faculty who envision a long-term project in the humanities that involves research, initiative and student involvement. Over the next three years, McClintock-Walsh will develop her proposal, “to the wrongs that need resistance, to the rights, which needs assistance.” It includes studying women’s history, literature and culture on the curricular, program, campus, and the community levels.

“I was shocked to learn that the Nineteenth Amendment had to be introduced to Congress every year for forty years before it passed. That fact brought tears to my eyes.”

She points out that the efforts of first-wave feminists culminated in the Nineteenth Amendment, but that there were many other progressive efforts spearheaded by these first-wave feminist reformers and radicals, such as access to birth control, and workplace and educational equity.  Although people think of these movements as belonging to the second-wave, they originated in the first.  “And since we have yet to see a female president or vice-president, we have yet to fulfill the dreams of these early feminists,” she adds.

McClintock-Walsh’s research comes from preparation for teaching her Intro to Women’s Studies and Women and Politics courses.  Research has also been involved in all the events she has planned for the humanities year. Some of the knowledge she gleaned surprised her.  “I was shocked to learn that the Nineteenth Amendment had to be introduced to Congress every year for forty years before it passed.  That fact brought tears to my eyes.”

McClintock-Walsh feels very fortunate in that both her parents believed in gender equality and modeled this for her; they always made sure that she had access to anything she wanted to participate in, which meant, since girls’ sports teams were rare when she was growing up, that she was usually the only girl (or one of two) on the community sports teams she joined. Her mother was and is a model of a strong, inspiring woman. In sixth grade, in rural Pennsylvania, in the 1980s, her classmates called her a “women’s libber” (“not a compliment at that time and place”), so she has always considered herself as such.

To gain access to the McClintock-Walsh’s talk, go to Northampton.edu/virtual.