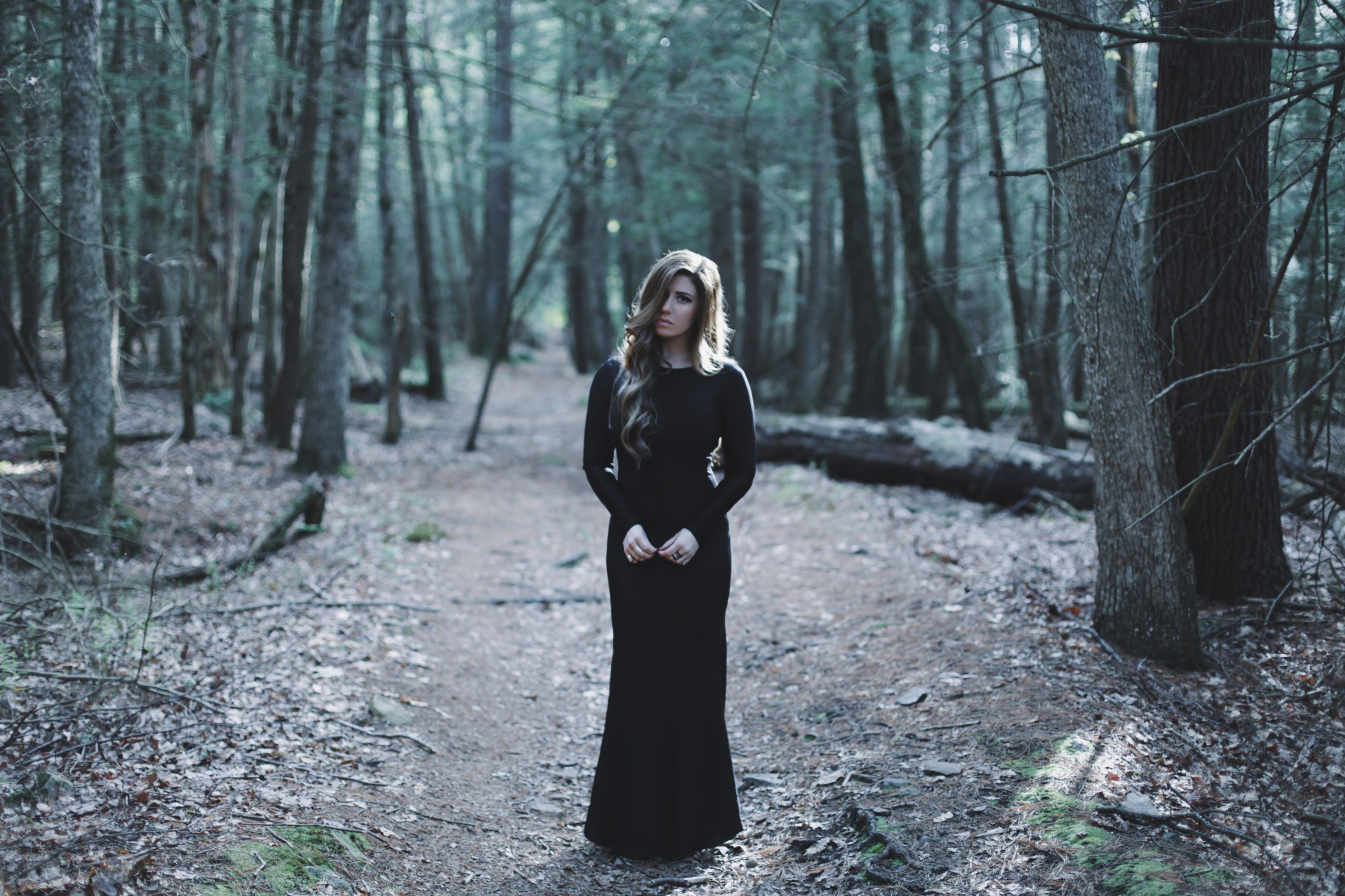 When you think of metal music, what comes to mind?

Media outlets paint pictures of musicians dressed in black with heavy eyeliner, long hair and stark features, a loud, intense and dark genre. But NCC alumna and self-professed alternative metal musician Melissa VanFleet breaks the mold, and then some.

Sweet and mild tempered, with hazel eyes and dusty blonde hair, VanFleet has been crooning in public since she was 12. That’s when she first drew rave reviews for her performances of the national anthem in area stadiums.

With a beautiful voice that can only be described as operatic, she found a home in her school’s choir and soon entered local singing contests at the Allentown Fair and Musikfest, collecting trophies along the way.

It was her musician father that first sparked her passion and motivation to pursue music. “My grandparents bought me a karaoke machine, and I would sing for hours from the time I was 7 years old. I’d circle notes where I was flat and sharp, which my dad taught me to listen for when I sang. I had no formal training, but I learned through my father.”

As she got older VanFleet taught herself guitar and piano with the book of chords her father used when he was a teenager.

While still in high school, VanFleet’s aunt, JoAnne Mercovich, who worked in NCC’s Records Office, introduced her to Damian Righi, audio production professor at the college. Mercovich knew that her niece was a talent to be reckoned with and thought Righi could help her hone her vocal talent. Her hunch proved to be right.

VanFleet dove head first into her music, practicing regularly with Righi in the NCC studio. It wasn’t long before she started writing and recording her own music.

She soon decided to enroll at NCC, studying journalism while using her voice to share other people’s stories when she performed. Taking classes online at NCC allowed her to travel to cities like New York, Los Angeles, Philadelphia, playing in bars and other spaces in hopes of being discovered.

A Change of Direction

VanFleet graduated from NCC in 2007 and in a twist of déjà vu, sang the national anthem at her graduation.

Her time spent traveling finally paid off, or so she thought. She landed a development deal with a record company. “I was co-writing with four men in a bland room, and they wanted me to write a song about love. A country song about love didn’t feel authentic to me. I knew I needed to start writing for myself and knew I needed to get out of that deal.”

It was then that she was starting to find her own voice in more ways than one.

I was pulling so much darkness out of me, and I felt like that needed to come through in my music.

Some of that darkness came from dealing with her father’s health. It was difficult watching him suffer with debilitating diabetes that led to kidney failure and a needed transplant. The trials left VanFleet’s family in a constant state of worry.

“I experienced obsessive compulsive disorder and a lot of anxiety throughout my life,” she shares. “I had a lot inside that I needed to get out.  My dad listened to a lot of metal music when I was a kid so I felt a natural pull towards that genre where I felt I could express myself best.”

VanFleet started writing what she calls, “alternative heavy metal” music. She would set up a makeshift “studio” anywhere she could to record demos. At that time, VanFleet made do with what she had, but it wasn’t much.

With a laptop, a Logitech microphone in one hand and a pop filter in the other, she’d press record somewhere quiet, often having to change locations when there were interruptions. She’d do anything to be able to make her dreams come to life.

YouTube is what opened up doors she never thought were possible. Her father’s favorite band was W.A.S.P., and for his birthday, she decided to record a cover of their song, Sleeping in the Fire, for him. “He told me, ‘You have to put this online. People need to hear this.’ It made him emotional.”

The first metal cover she had ever done garnered half a million views within the first few weeks of being released.

Members of W.A.S.P. reached out to her, and she began to form bonds with the bandmates, eventually meeting someone who became her European booking agent. Through her agent, she got the chance to tour internationally, performing her un-released album Metal Lullabies in 2015.

During that time, she also had the opportunity to perform on the Wacken Full Metal Cruise in the Mediterranean. “This was my first experience doing press and interviews in other languages. It was so exciting.”

Her connections led her to work with one of her all-time favorite bands. “I was obsessed with Lacuna Coil, an Italian metal band, growing up, and through my connections with W.A.S.P. and with touring, I got the amazing opportunity to work with them in 2017.”

VanFleet went to Milan, Italy to record her first metal EP, Ode to the Dark, released in 2018 with Lacuna Coil bassist, Marco Coti-Zelati, W.A.S.P. guitarist, Douglas Blair, and Tyler VanAllen, her equally musical husband, on drums. The four-song album featuring her vocals and piano music can be found on streaming services like Spotify and iTunes, and on her website, melissavanfleet.com.

A few years later, in 2019, she received a call to play piano for Cristina Scabbia, front woman of Lacuna Coil, at Webster Hall in New York City. “I met some of my own fans who heard about me through my collaboration with Lacuna Coil. It was surreal!”

Today, VanFleet produces her music independently. Luckily, she was not on tour when the COVID-19 pandemic hit, but other musicians were not so lucky with many concerts being cancelled.

“I have noticed that streaming has increased (of mine and others’ music), and sales of merchandise has gone up since COVID-19.” VanFleet believes, “That may be due to people working at home, listening to what they want, in a relaxed environment.”

This increase in streaming has meant an increase in royalties (money paid to the artist when their music is utilized), and it’s a good way to support artists during this time.

In fact, VanFleet plans on streaming live online concerts from her website. “I can have free concerts, but I can also sell tickets.  Live concerts being streamed is the way to go right now,” she says.

VanFleet also has a softer side that she was more in touch with during this difficult time. Last summer, when she would normally have been teaching dance and songwriting for NCC’s Horizons for Youth program, VanFleet found other ways to help kids.

She got the chance to finish her children’s book, The Lazy, Lazy Bunny, and is working on a children’s educational program teaching vowels, colors, ABCs, and more to young children.

Of course, it incorporates lessons set to music, which will always be her first love.