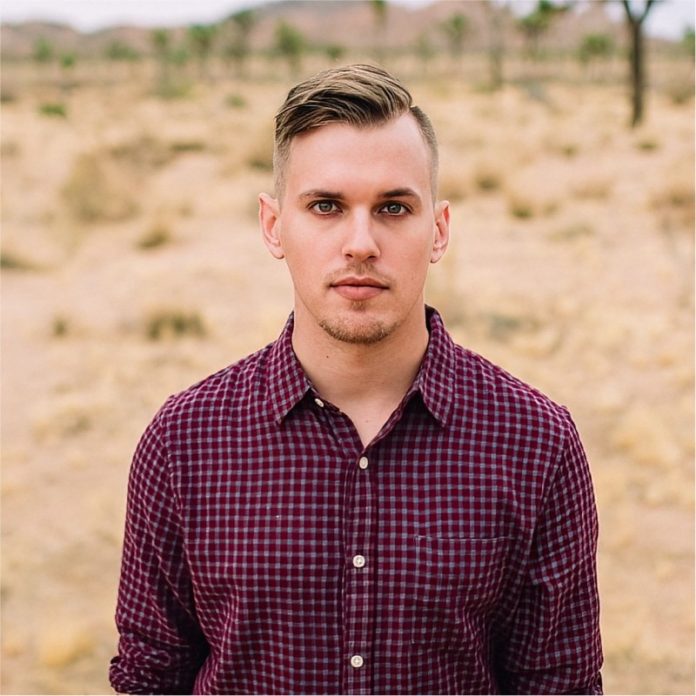 School and learning have not always come easily to Nickolas Kossup, but he hit his stride at Northampton Community College (NCC) and never looked back.

After graduating with a degree in Communication Design – New Media in 2017, Kossup packed up his car and moved with his fiancé to Los Angeles. He had $10,000 to his name, no job lined up, and no place to stay when they arrived.

“It was a wild experience,” recalled Kossup, who is 33. “I had 10 grand in my pocket, and I needed to make it work. Luckily all the stars came together, and I landed on my feet.”

Saying that he landed on his feet might be an understatement, as Kossup is living his dream as a design manager for ZAM Network, a Los Angeles-based gaming web site company.

“All my friends wanted to work in the gaming industry, but I just kind of fell into it,” Kossup said. “I feel like I got really lucky.”

It didn’t always feel that way for Kossup who was diagnosed with ADHD and struggled with school since an early age. He had to repeat first grade and at one point end up in an alternative school, spending a year and a half there. All the while, he never gave up on his dream of going to college.

“I always knew I was going to go to college,” he said. “I had some really difficult pre-college situations, but I made it through.”

His post-secondary education started at Warren County (New Jersey) Community College, where at the encouragement of his father he enrolled in the nursing program. He discovered early on that the program wasn’t a good fit.

“I had to work so hard to pass the classes. That subject matter didn’t match the way my brain worked,” he said.

Someone suggested that Kossup look at NCC – a move that changed his life.

“I visited the NCC campus and saw how nice it was,” he said. “I became enamored with the culture and the community, and then I met with some of the professors, and I knew I was at the right place.”

Despite a learning style that was different from that of many of his classmates, Kossup excelled during his time at NCC.

“I feel like NCC really built me up,” he said. “I had some excellent professors who recognized my abilities and really pushed me to do my best.”

After living in Los Angeles for nearly four years, Kossup returned to Bangor after ZAM went virtual at the start of the pandemic.

“It just didn’t make sense to be paying a riduculous amount of rent in Los Angeles when I could work from anywhere,” said Kossup, who flies to Los Angeles every other month to check in with the company.

Working from home, he manages a widely scattered staff, including Evelin Gere, a NCC grad who is from Romania and now lives in Poland.

“She’s a full-time contractor for us and she’s working out just great,” he said.

Although he’s had other job offers, Kossup plans to stay with ZAM for the foreseeable future. He hopes to one day either work for an industry giant like Apple or open his own agency.

When he’s not working, Kossup enjoys playing with his Bethlehem-based band, Atlassian, which also includes NCC graduate Dave Meyers. He and his fiancé, who Kossup already refers to as his wife, plan to travel to the Grand Teton National Park in Wyoming this summer to finally make their marriage official.

“Life is really good for me,” Kossup said. “I had no idea what to expect when I first got to LA, and to tell you the truth I just faked it until I made it. I applied for about a million jobs and moved from company to company until I found the job I really wanted. Sometimes I have trouble believing how great everything turned out.”